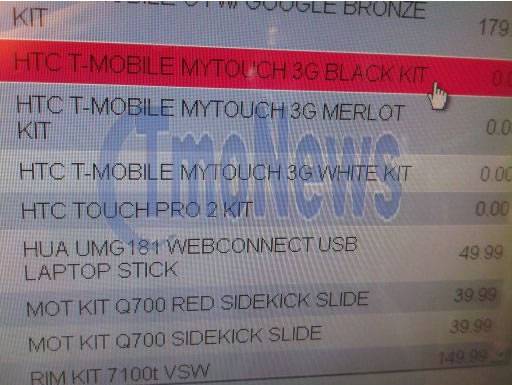 As expected, T-Mobile USA have announced the myTouch 3G, their second Android handset and the follow-up to the T-Mobile G1.  Recognizable as the HTC Magic – which Android Community reviewed in back in May – the phone has a 3.2-inch HVGA resolution capacitive touchscreen, 3.2-megapixel camera and the usual array of Google applications.

In the non-final hardware we’ve played with, the key change are the hardware buttons on the myTouch 3G’s “chin” section. The prototype has thin, sliver-style keys running under the capacitive touchscreen, together with a single button (”Menu”) to the left of the trackball. The final hardware will have four square keys under the screen, with functions switched around to leave call send/end on keys either side of the trackball. 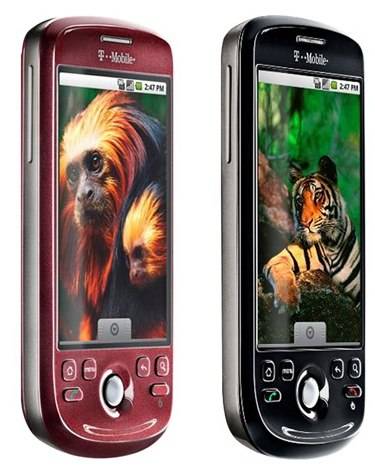 That includes YouTube, Google Maps (with Latitude and Street View), GTalk and GMail, support for IMAP, POP and Exchange accounts and one-touch media uploads.  However, for the first time on an Android device, T-Mobile have loaded an app called Sherpa, featuring GENIE (Geodelic ENgine for Interest Evaluation), onto the myTouch 3G, which promises to recognize patterns of use and offer suggestions based on past behaviours.

The T-Mobile myTouch 3G is expected to go up for pre-order on July 8th, though initially only for existing subscribers to the carrier.  National availability is expected in early August, with the handset priced at $199.99 with a new two-year agreement.  Three color options will be release: black, white and merlot.

HTC Magic Hands on at MWC09 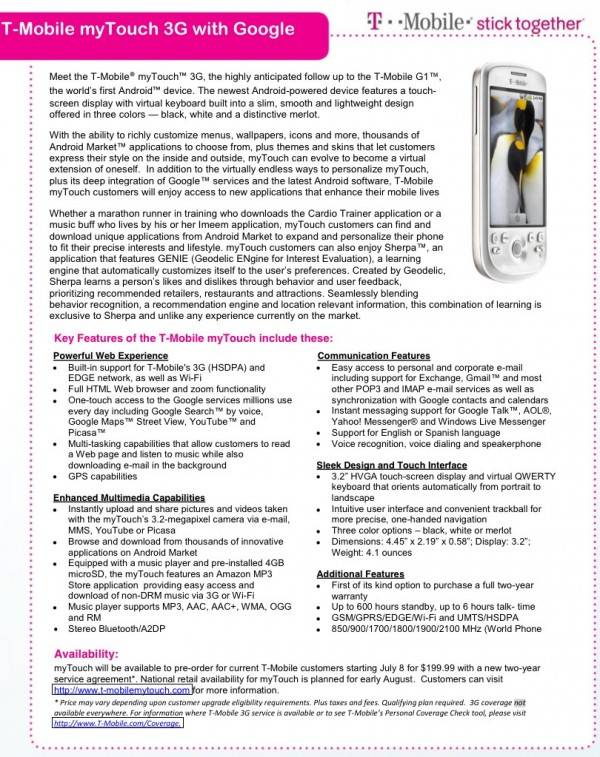 BELLEVUE, Wash. – June 22, 2009 – T-Mobile USA, Inc. today announced the upcoming availability of the T-Mobile® myTouch™ 3G, the highly anticipated follow-up to the T-Mobile G1™, the world’s first Android™ powered device. T-Mobile myTouch 3G boasts a sleek look and contoured feel, plus an array of new features that builds on its popular predecessor. A touch-screen display with virtual keyboard is built into a slim, smooth and lightweight design.

myTouch empowers users to simply create a unique, individualized wireless phone and experience. With the ability to richly customize menus, wallpapers, icons and more, thousands of Android Market™ applications to choose from, plus themes and skins that let customers express their style on the inside and outside, myTouch can evolve to become a virtual extension of oneself. Adding to its refined aesthetics and customization options, myTouch will come in three colors — black, white and a distinctive merlot.

“T-Mobile myTouch 3G puts you first, so you can create a mobile experience that is truly your own,” said Denny Marie Post, chief marketing officer, T-Mobile USA. “There’s no cookie-cutter approach to myTouch.  Inside and out, there are boundless possibilities for personalization so you can put your personal touch on the phone and make it uniquely yours.”

In addition to the virtually endless ways to personalize myTouch, plus its deep integration of Google services and the latest Android software, T-Mobile myTouch customers will enjoy access to new applications that enhance their mobile lives. One such application, and at the heart of myTouch, is Sherpa™. Created by Geodelic, Sherpa features GENIE (Geodelic ENgine for Interest Evaluation), a learning engine that automatically customizes itself to the user’s preferences. Through behavior and user feedback, the application learns a person’s likes and dislikes, prioritizing recommended retailers, restaurants and attractions. Seamlessly blending behavior recognition, a recommendation engine and location relevant information, this combination of learning is exclusive to Sherpa and unlike any experience currently on the market.

“Now more than ever, customers are regularly accessing mobile applications that enhance their personal interests. Through the power of location and social discovery, T-Mobile is working closely with Google and developers like Geodelic to create experiences that are as unique as each person using it,” said Cole Brodman, chief technology and innovation officer, T-Mobile USA. “So wherever you are and whatever your passion — music, marathons, movies and more — myTouch is the phone for you.”

Today, thousands of applications are available on Android Market ranging from games to location-based social networks to on-the-go shopping. Whether it’s a marathon runner who downloads the Cardio Trainer application or a music buff who lives by his or her Imeem application, myTouch customers can find and download unique applications to expand and personalize their phone to fit their precise interests and lifestyle.

“The G1 was highly successful and captured the imagination of thousands of developers as the first Android-powered phone,” said Andy Rubin, vice president, mobile platforms at Google. “With myTouch, T-Mobile is poised to capture the imagination of consumers everywhere, and by expanding the availability and appeal of Android-based devices, they’re giving developers a bigger market for the next wave of killer Android applications.”

Designed by HTC, myTouch features a 3.2-inch HVGA touch-screen display and virtual keyboard, which orients automatically from portrait to landscape mode in most applications. It also features a 3.2-megapixel camera, a music player with a pre-installed 4GB microSD memory card, and enhanced video capabilities to make it easy for users to record and share pictures and videos, whether via e-mail, MMS or one-click upload to sites such as YouTube™ and Picasa™. The device’s powerful mobile Web experience is supported by fast data speeds via Wi-Fi and T-Mobile’s 3G network.

“With myTouch, HTC and T-Mobile are delivering not just a new phone, but the ability to create a uniquely personal product experience on top of a remarkably strong feature set,” said Jason Mackenzie, vice president of HTC America.

myTouch features multitasking capabilities and one-touch access to the Google services that millions use every day including Google Search™ by voice, Google Maps™ with Street View, YouTube™ and Picasa™.  It also provides easy access to both personal and corporate e-mail, including support for Exchange, Gmail™ and most other POP3 and IMAP e-mail services as well as synchronization with Google contacts and calendars. It also combines instant messaging support for Google Talk™, as well as AOL®, Yahoo! Messenger® and Windows Live Messenger. In addition, users can pull down the windowshade notification bar by dragging their finger down from the top of the screen, easily displaying message previews and other convenient at-a-glance notifications depending on the personalized applications users download.

myTouch will be available to pre-order for current T-Mobile customers starting July 8 for $199.99 with a two-year agreement*; additional product features and details will be available at that time. Devices sold through pre-sale will begin shipping in late July, and national retail availability for myTouch is planned for early August.  Customers can visit http://www.T-MobilemyTouch.com for more information.