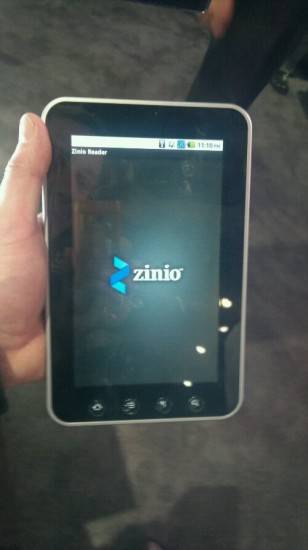 CES is over and the dust is settling in the technology market, but that does not mean there isn’t any reportable news from the showroom floor. In fact, Chippy from CarryPad was talking to the Zino team and discovered they were using a mystery 7-inch tablet from Viewsonic at last weeks event.

Regretfully, there isn’t much further information about the device as they did not allow him to further look around the tablet, but from his time with the device we can see that the back is ruggedized.

Similar to the Toshiba tablet also shown off at CES, we’re expecting tablets built for daily life. With Mobile World Congress happening next month, expect further details of the device to start pouring in over the next few weeks and, hopefully, an announcement come February.