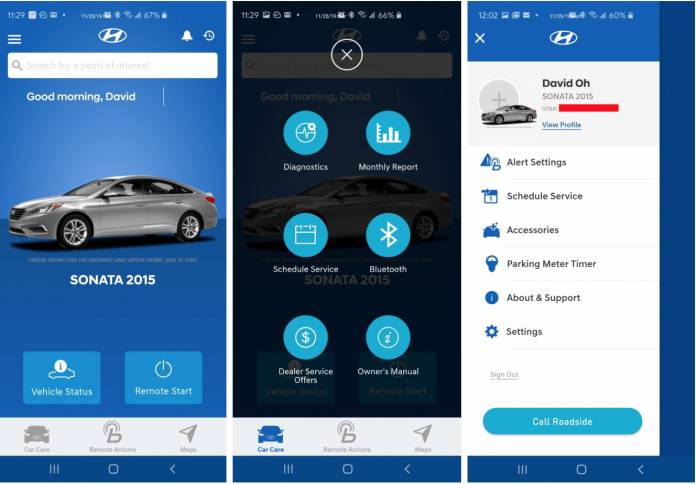 Owners of Hyundai cars, especially the newer models, have been depending on the MyHyundai with Blue Link app to make their cars smarter. However, the app itself isn’t very user-friendly or visually striking and at times it can even be clunky. However, it is now getting a big overhaul in a major app update, bringing not just a fresh design but also adding face unlock as part of its biometric security. So if you were probably putting off using the app before, now is a good time to check back on it again.

The design and layout of the app have been given a major overhaul, according to Android Police. Since it’s much easier for users to tap on the important parts of the app, the elements have now been moved to the lower part of the screen. The home screen, main menu, navigation bar, and app icons have been redesigned and they have even added some Hyundai branding and styling. So even just visually, the app is so much better now with this new update.

Functionally, you now have a Message Center where all your account and vehicle-related messages from Hyundai can be found. This is important of course for your car maintenance and anything related to actually taking care of your vehicle. There is also a shortcut to the Task Remote screen so you can see the remote activity logs.

If you already have the MyHyundai with Blue Link app, update it to the latest version. If you haven’t used it yet for your Hyundai vehicle, you can download it for free from the Google Play Store.