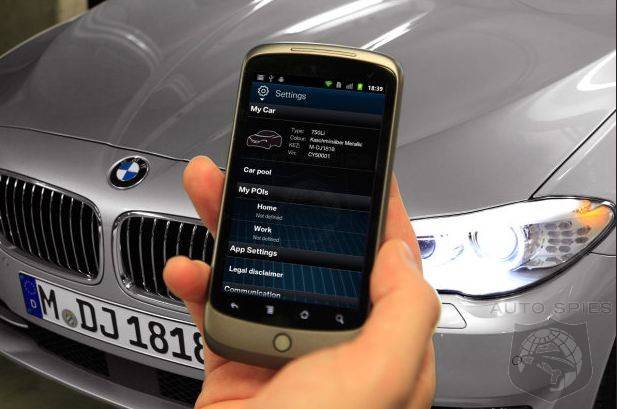 Beamer-owning iPhone users have been able to play with all the nifty remote gadgets and tracking of the My BMW app for a little over a month now. Today news breaks that the app is on its way to the Android Market, so that you could – just as an example – unlock your $150,000 760Li with your HTC Hero. You know, if you wanted to. Right now the app is slated for an “Autumn” release.

The My BMW Remote app includes a host of features, the most interesting of which is the Vehicle Finder. This handy tool works just like one of the many parking locator apps you’ll find in the Market, but instead of setting a GPS point when you hop out of your car, it zones in on the GPS tracker in the car itself. The standard unlock, start and navigation functions are included, as well as the ability to remotely flash your BMW’s headlights and horn. This is known as the “scare the crap out of your friends who stuck you with designated driver duty” button.

The app ties in with the My BMW service, currently available as an upgrade for most models. The Bavarian automaker was tight-lipped as to a firm release date, but expect the app in the Android Market before year’s end. For those of you without a BMW, remember that you can add much of the same functionality to any car with the Viper SmartStart upgrade kit.

And look at that – the BMW folks are still rocking the Nexus One. You stay classy, Germany.