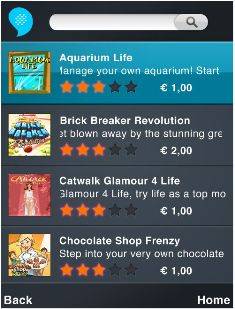 This is a very interesting move by Ericsson. They just announced a partnership with Opera to bring the eStore, this is a new way to buy apps other than the traditional Android Market or that other phones AppStore. This store will aim to take the way we buy apps to a different plateau.

The eStore will offer apps for every device all in one place. The initiative should be supported by 24 operators including Orange, China Mobile, Deutsche Telekom, NTT Docomo, Telecom Italia, Vodafone, Verizon Wireless, Telefonica as well as support from 3 manufacturers, Sony Ericsson, LG and Samsung. The eStore has already 30,000 paid and free applications and its not even released yet.