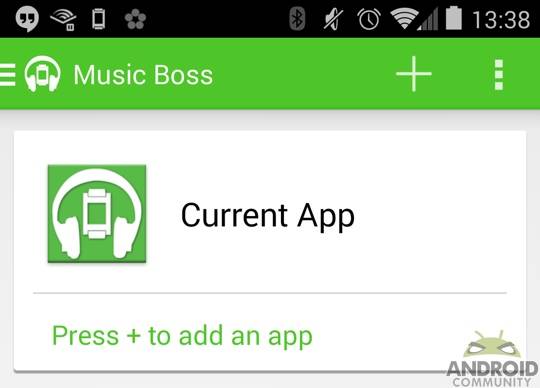 It looks like the Pebble team has begun pushing some apps. An email blast was sent out earlier this morning highlighting a few Pebble apps. Two of the three were for Android and one in particular caught our attention. The app is called MusicBoss and as the name would suggest, it deals with music control.

Given the MusicBoss app isn’t free, we decided to put our $1.99 up for the test. That way you could see what we think before spending your hard earned money. Anyway, MusicBoss is currently sitting at version 1.6.3 and with support for Android devices running 4.0 or later. Some will realize the standard Pebble setup allows for some music control. This is true, but MusicBoss takes things a step further.

MusicBoss for Pebble supports a wide variety of music apps. We set ours to control Slacker as that is the streaming service we use most often. But the setup process allows you to pick which app you want from a list (of everything installed on your device). We are getting ahead though. To start, the MusicBoss app needs to be installed on your phone from the Play Store.

Once installed, the first time you launch the app you install the watch portion. The process is simple, and will be familiar to those who have installed other Pebble apps/watchfaces. Once the app is installed on your phone and Pebble you choose your music app. This part is done using the MusicBoss app on your phone. And afterward, you then have a few options for controls (see below). 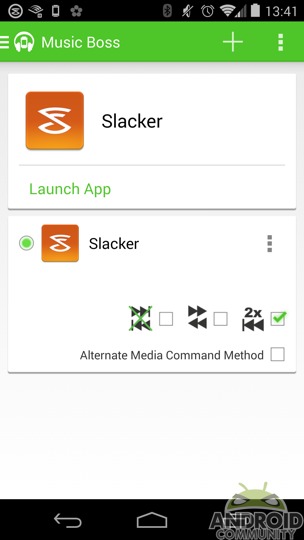 All said and done, the setup process is simple and quick. The better part, the app works well. There are still some limitations, you don’t have full control. For example, you cannot switch between playlists and for us using Slacker, we weren’t seeing the track name on the Pebble — but still, we were happy to have the volume control. 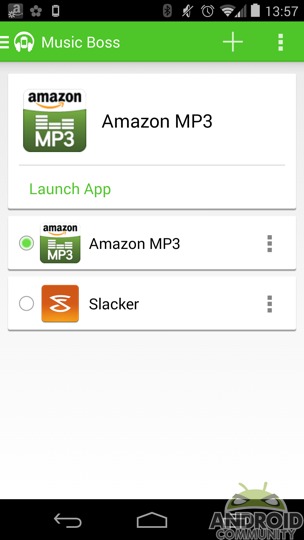 Bottom line here, MusicBoss will remain installed on our Pebble and seems to have been $2 well spent.