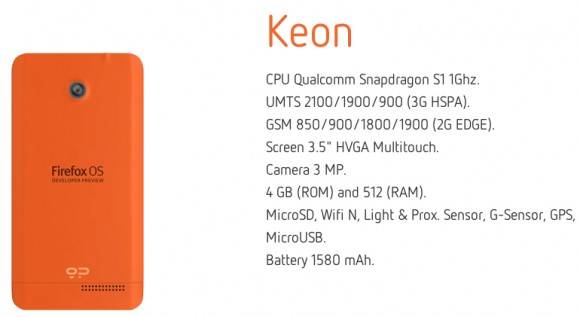 Today the folks at Mozilla have finally removed the wrapping paper off a few of their developer phones running the new Firefox OS. The plan here being these mid-range at best developer friendly phones called “Geeksphone” will be the starting point for developers to start coding for the new mobile OS. Loving Android, as well as watching the competition, we figured a quick post to show you what’s brewing was in order.

The Firefox mobile OS has been in development for some time, although many probably aren’t too familiar with it. It’s based on the underlying Linux kernel modified for Android, so we share a few traits. They’ve been coding away in their dark caves and today are ready to finally let eager developers switch from Android for a moment and try coding on Mozilla’s Firefox. Don’t be gone for too long though guys, we love you here at Android Community.

Mozilla’s new mobile OS – at least for now – isn’t aimed at taking over Android or iOS. Instead they want an easy and intuitive operating system that will work wonders with budget friendly entry-level handsets. Both of their developer phones today are average at best, but remember they are only developer phones and the first of better things to come.

The “Peak” phone runs with a Qualcomm Snapdragon S4 dual-core processor at 1.2 GHz, 512MB RAM, 4GB ROM, gets a 4.3-inch qHD display and an 8 megapixel camera with flash. Not too shabby but certainly not top tier for today’s standards. Then you’ll get WiFi N, Bluetooth, GPS, sensors and micro-SD support as expected. Then their “Keon” phone is more of a cheap unit for the poor college coder. It has a single core 1.0 GHz Snapdragon S1, 512MB of RAM, and only a 3.5-inch display and a 3 megapixel camera.

These phones fit in perfectly with Mozilla’s ambitions to dominate the entry-level market, if they can get the project up and running and to the state which we all expect our phones to be at. Coding can take place at Firefox OS App Days, or with the OS Simulator. These phones will begin shipping to developers in February although we have no pricing at this time. Learn more about Firefox OS here. Does our beloved green Android need to worry, or is it too early to tell?