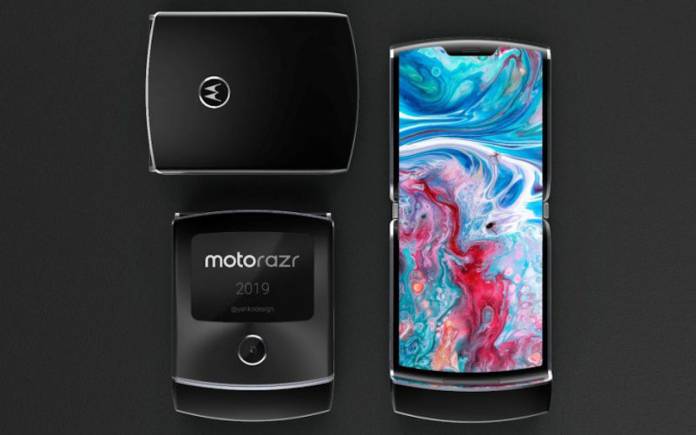 2019 will be the year of the foldable display smartphones, or at least the start of a new trend in the mobile industry. Samsung and Huawei have already announced their respective devices and it has been rumored that Motorola will follow suit. Their first foldable phone has been seen on the Bluetooth Launch Studio website and is listed as Motorola Razr XT2000-1. This Bluetooth certification may mean that a launch or announcement for the device is almost upon us.

The listing on the site also confirms that the upcoming foldable phone will be carrying the Razr name and that in the US, it will be launched exclusively through Verizon Wireless. Other than that, we don’t really get more information about the device, at least based on the details that we’re seeing on the website.

Previous rumors about the device say that it will be running on the Qualcomm Snapdragon 710 octa-core processor and will have an Adreno 616 GPU. In terms of design, it will have a vertically folding primary display with the secondary display on the outside. The primary display will be 6.2-inches diagonally with a 876 x 2142 resolution. However no size for the closed display has been revealed yet.

The secondary display can be used as a trackpad when you’re browsing thorough Google Chrome. You will also have access to some parts of the Quick Settings tiles and for those interested in mobile photography, there will also be access to some of the camera controls.

The Motorola Razr foldable phone is rumored to be priced at $1,500. It is more affordable than the prices revealed for the Samsung and Huawei devices, probably because its chipset is in the mid-range. It’s still pretty expensive of course but we should probably get used to smartphones with foldable displays being around that price range.