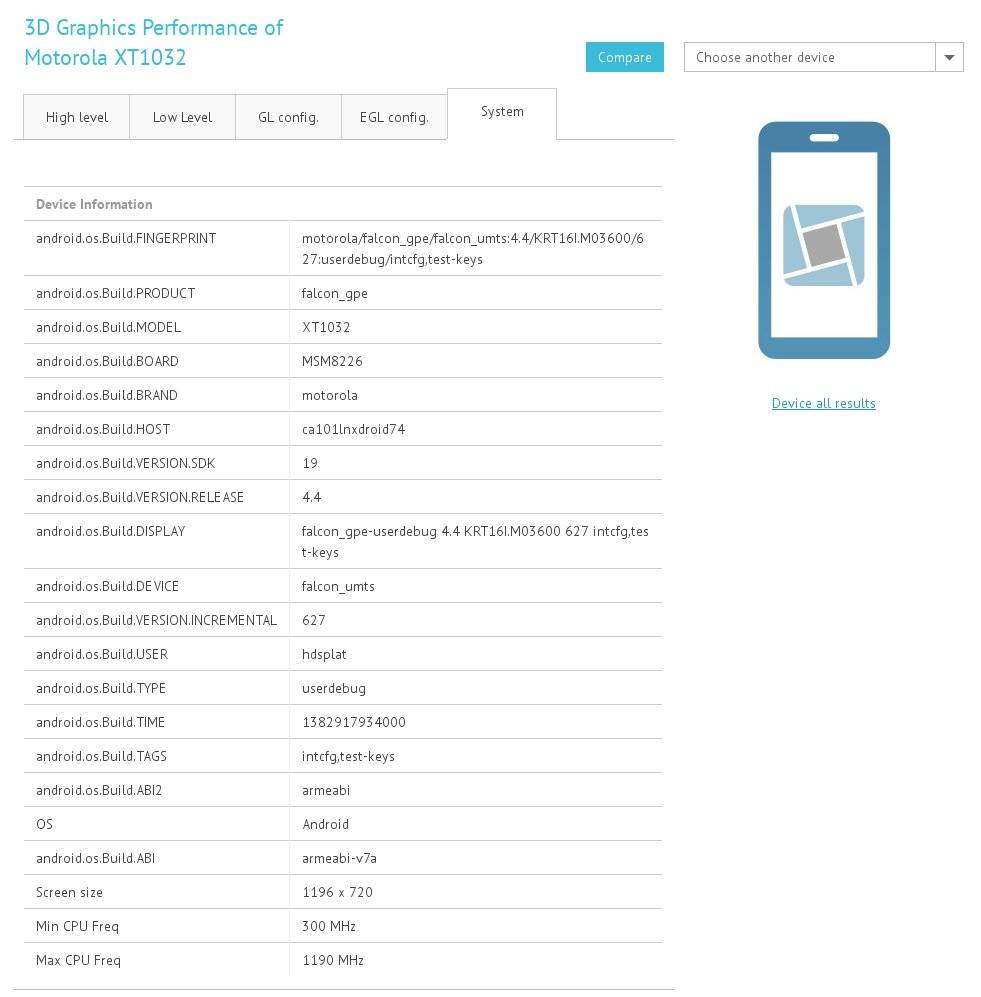 Ever since Apple debuted its newest iPhone generation, fingerprint scanners have become one of the latest fad in smartphones, with HTC already jumping in with its HTC One Max and Samsung rumored to be slapping it on its next flagship. It seems that Motorola will not be left behind and will sport a similar hardware feature in its coming Motorola XT1032 smartphone, codenamed “Falcon”.

This is the first time we’ve heard of the Motorola Falcon and already it has made its way to GFXBench with some interesting pieces of information. The Android build used in this test is marked with “FINGERPRINT” which could imply support for fingerprint scanners. Of course, it doesn’t necessarily mean that this device will indeed have the hardware, but why else would the feature be there, considering mobile OS are, more often than not, optimized for the particular hardware they will be running on.

[UPDATE] According to one of our astute readers, this “FINGERPRINT” has nothing to do with fingerprint scanners but instead refers to the fingerprint, or the unique identifier, of this particular Android build for this particular device. Thanks for the info!

Other parts of the hardware are also worth noting. While the screen size is not indicated, it is at least confirmed to support a resolution of 1196×720, just enough for HD playback. But more interesting is the CPU, which labeled as the Qualcomm MSM8226, more popularly known as a quad-core Snapdragon S4, running at 1.2 GHz. Not exactly your top of the line processor, but it should be remembered that the Moto X wasn’t sporting the more recent Snapdragon 800 either and yet still ran smooth as butter.

While the hardware may sound like something meant for mid-range devices, considering Motorola’s success with the Moto X, we won’t be surprised if the Google-owned company has a few tricks up its sleeves this time as well. The Motorola Falcon is also set to run Android 4.4, which, depending on when it is announced, could make it the second smartphone to ship with the latest Android version by default after the Nexus 5.