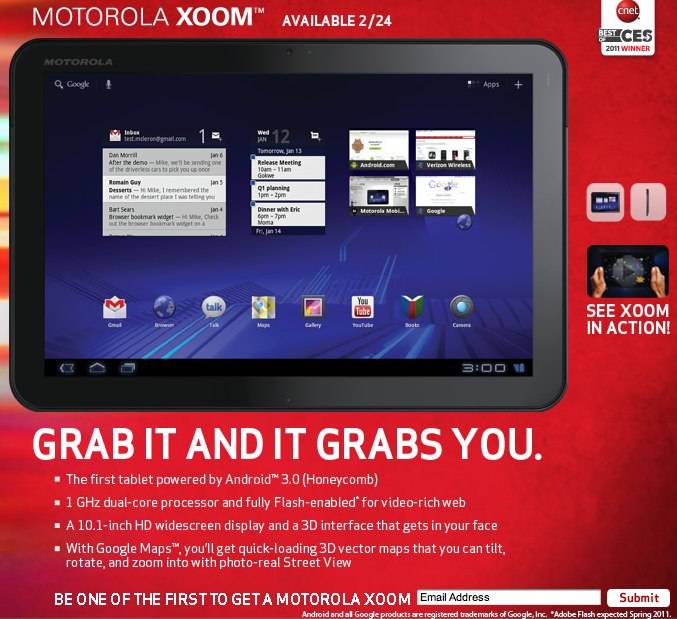 The Motorola XOOM may be shaping up to be the first Android 3.0 Honeycomb tablet to reach the market, but it won’t be bringing all of its features from the start. According to a tiny disclaimer at the bottom of Verizon’s listing for the slate, the XOOM won’t have Adobe Flash support until Spring 2011.

Adobe had already said that it was working on Flash Player 10.2 for Honeycomb, so it seems that Android 3.0 won’t launch with Flash Player 10.1 as is available for current Android smartphones. Considering Flash support is an oft-cited advantage of Android over iOS on the iPad, that decision could well come back to haunt Adobe, Google and OEMs.