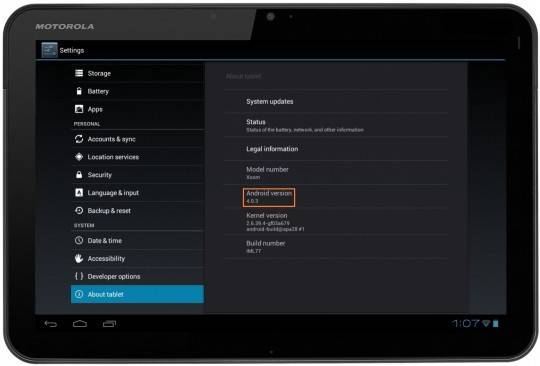 Motorola’s not so popular Motorola Xoom tablet received Android 4.0 Ice Cream Sandwich back in January so we can rule that out for this impending update. Like usual, Motorola is sending out emails for their soak test update that is coming soon for the Xoom. We don’t have any details yet but its possible the Xoom will receive Android 4.0.5 in the coming weeks.

Now most likely this is a small bug fix type of update coming from Motorola and going out privately to their feedback networks. Something major like Android 4.0.5 like we’ve seen rumored lately would probably be pushed directly from Google in a more controlled manner.

This update is slated for the WiFi Xoom only at this time and will be available to a few lucky members of the Motorola Feedback network. If you’ve received updates from them in the past you’ll probably get this too. As usual feel free to shout off in the comments below once you see the update as we’d love to see or hear what all it includes. Maybe this will prep the Xoom for the 4.0.5 update that is rumored to be here in the next few weeks. Stay tuned for more info.