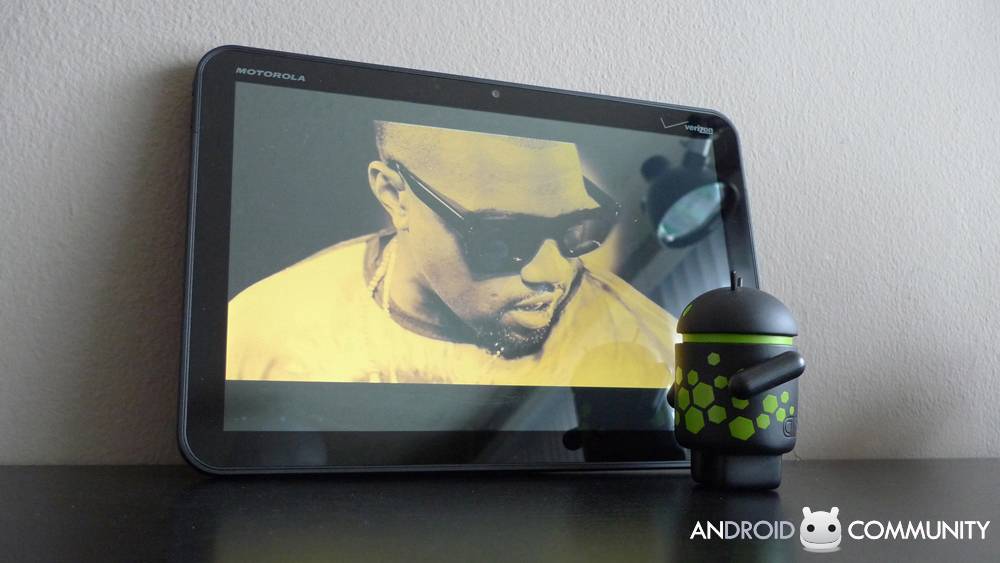 The ever-so-lovely tablet of all Android users’ dreams will soon be coming to their favorite retailers’ doorsteps in bulk. You’ll be able to purchase this fabulous tablet at Amazon.com, Best Buy, Costco, RadioShack, Sam’s Club (select locations), Staples, and Walmart, all of them getting the 10.1-inch widescreen tablet for $599 MSRP. The initial rollout of this tablet will be March 27th, 2011. Get your hundreds out!

This of course is in addition to regional retailers and commercial IT channels via what Motorola notes is a distribution agreement with Synnex Corporation, as well as regional carriers through Brightpoint, Incorporated. Basically this tablet will be available wherever you happen to be looking for it. Every corner store and outlet for tech will have a whole stack of them waiting for you to pick up, and they’ll be glad to bring you into the new tablet world for around $600.

Should you go out and spend such an amount for a tablet you know nothing about? Of course not! Lucky for you, we’ve got one on hand and would be glad to let you know all about it. First head back to our BIG Motorola XOOM Review, then go forth to our even more gigantic Motorola XOOM and Honeycomb Review [ALL QUESTIONS ANSWERED] – it’s a goodie! Finally, check out our [Motorola XOOM Portal] for everything we’ve got, including some rather fabulous app reviews for your pleasure!

“MOTOROLA XOOM is a truly innovative tablet – its design, coupled with being the first tablet to have Android 3.0, results in a user experience that is one-of-a-kind,” said Dan Papalia, vice president of retail sales for Motorola Mobility. “We are now continuing to expand the choices available to consumers with the MOTOROLA XOOM Wi-Fi to be available soon from numerous leading retailers in the United States.”

In addition, the MOTOROLA XOOM Wi-Fi will be available to commercial IT channels and regional retailers through a distribution agreement with Synnex Corporation, and regional carriers through Brightpoint, Inc.

As the first device running Android 3.0, MOTOROLA XOOM benefits from our aggressive work with developers across the ecosystem through MOTODEV, Motorola’s developer support program to enable world-class tablet and smartphone experiences. These devices will be able to access more than 150,000 applications within the Android Market as well as the rapidly increasing number of applications optimized directly for the Android 3.0 OS. In addition, thousands of Flash-based web applications and sites will become available for the MOTOROLA XOOM.

As a part of the company’s commitment and leadership — along with Google’s — to the Android ecosystem, Motorola announced a series of global developer events in 11 cities across North America, Europe, Latin America and Asia. These MOTODEV events give developers access to tools, support and Motorola’s team of Android experts. The first of these events was hosted in San Francisco on March 1 and had more than 665 developers in attendance.
MOTODEV also recently announced a new testing and certification program for Honeycomb applications, encouraging developers to submit their applications to get early feedback and support on MOTOROLA XOOM performance. This is a part of the company’s ongoing commitment to supporting the ecosystem in delivering high quality experiences to the consumer.

More information about MOTODEV tools, resources and events can be found at http://developer.motorola.com.

MOTOROLA and the Stylized M Logo are registered trademarks of Motorola Trademark Holdings, LLC. Android, Google, Google Mobile and Google Maps are trademarks of Google Inc. All other product and service names are the property of their respective owners. © 2011 Motorola Mobility, Inc.