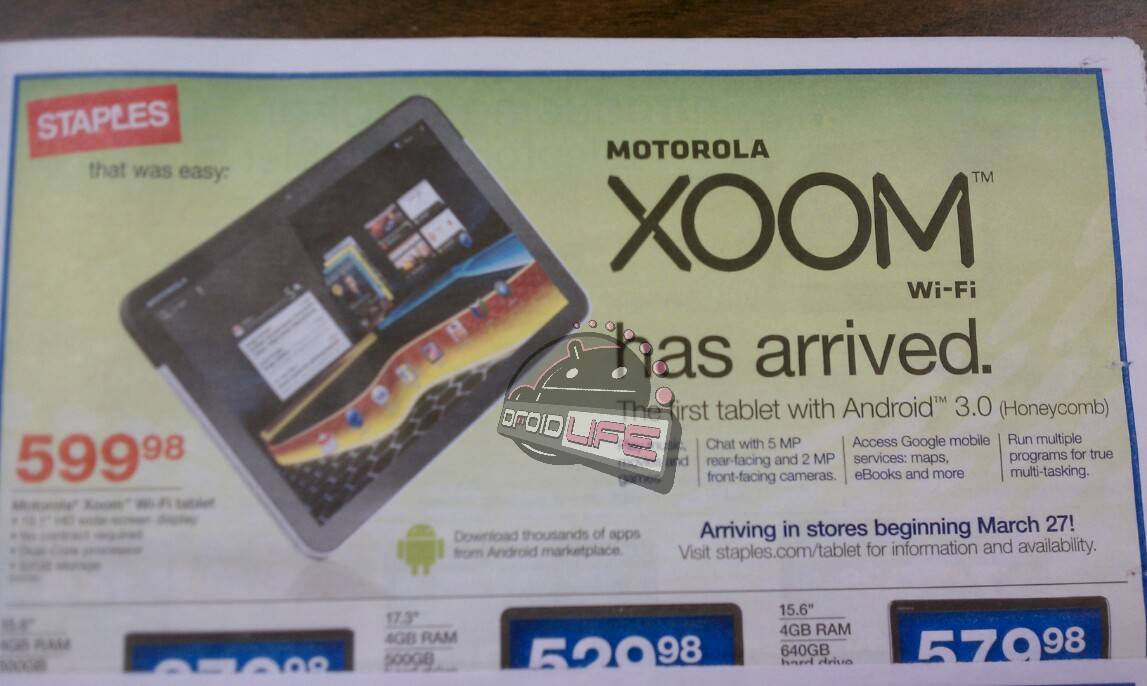 Motorola’s WiFi-only XOOM will apparently launch on March 27, according to a Staples flyer, offering a 3G-free and cheaper version of the Android 3.0 Honeycomb tablet. Spotted by Droid Life, the flyer tips a $599.98 price tag for the XOOM WiFi, more expensive than we saw it listed at Sam’s Club earlier in the month.

It’s the same price as Verizon is asking for the 3G-enabled XOOM on contract, which will tie you into a two-year data plan agreement. The XOOM 3G is available contract-free, but that’s priced at $799.99 – a full $200 more than the WiFi-only version.

Without 3G you lose the flexibility of anywhere connectivity – plus the promise of a 4G upgrade later in 2011 – but for primarily home users of the tablet we imagine that’s an acceptable compromise. Interestingly, the image of the XOOM used in the Staples flyer appears to be of the silver-backed version, thought to be a European exclusive. It’s possible Staples merely used the wrong graphic in their promo, however.

Update: According to developer Al Sutton‘s sources at DSG in the UK, the XOOM WiFi is expected in UK stores on April 9 2011.