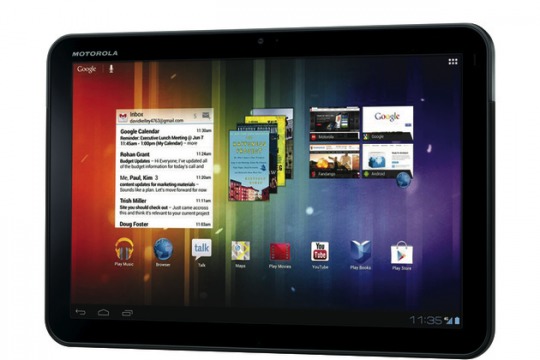 It appears that Google’s finally reading to start pushing their latest and greatest, Android 4.1 Jelly Bean to the Motorola XOOM. After announcing the update at Google IO for a few of their devices, the Motorola XOOM is the last Google experience device to see the update — not counting the Verizon Galaxy Nexus.

Back around July 15th Motorola started sending out notifications to their “feedback network” of beta testers regarding the update, but now it appears to be ready. The changelog was posted and users have started reporting the update is arriving on their tablets as of earlier yesterday. The build is version 4.1.1 Jelly Bean JRO03D — the same build version the Nexus 7 received a few weeks ago.

After initially hearing the update was rolling out, and receiving a few tips suggesting users had received it, we’ve also heard the update has been delayed. For now we aren’t seeing reports that users are still getting the tasty treat, but you can download it now if you dare. The folks from Android Police have the download link for those interested. As a reminder this is for the WiFi version only, Verizon users need not apply. As usual.

Let us know when you get the update to Android 4.1 Jelly Bean on your Motorola XOOM. We’d love to hear your thoughts.