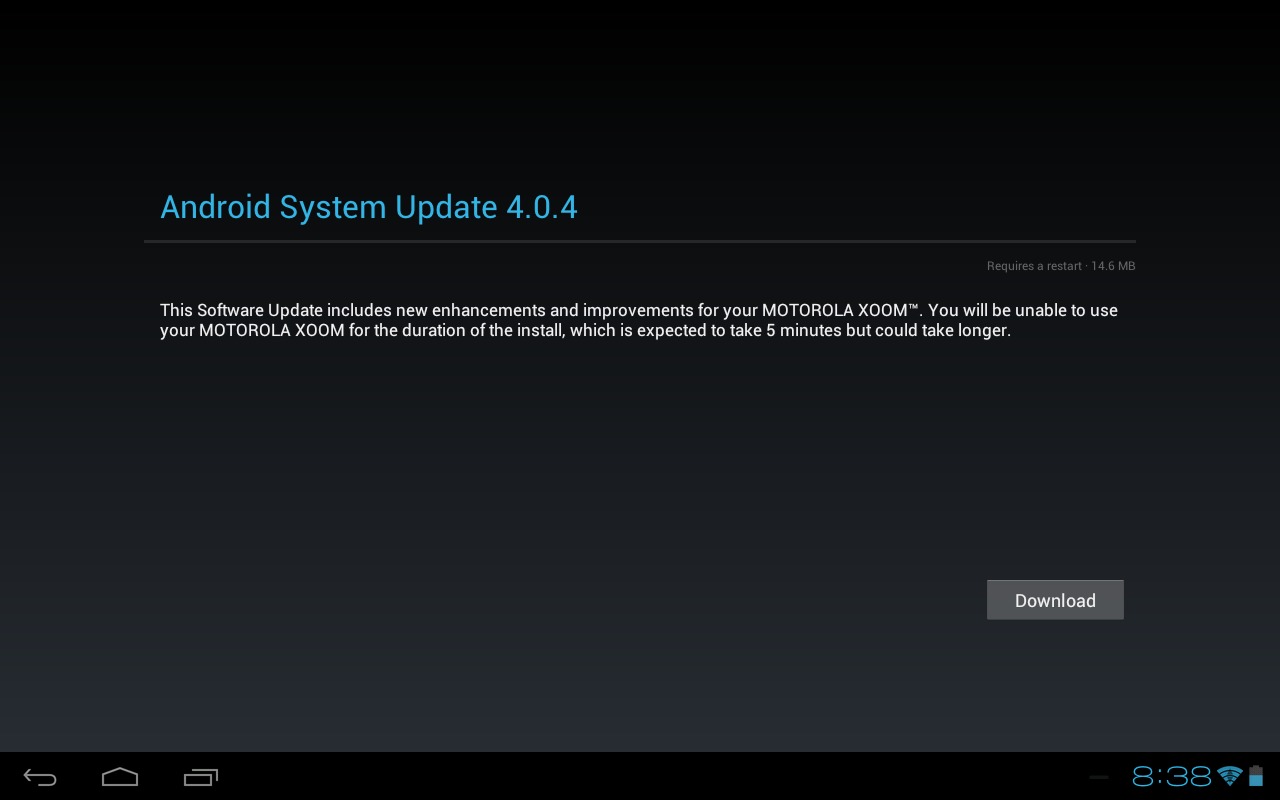 Good news for those that still own the Motorola XOOM WiFi tablet. After hearing last week from Motorola that an update was on the way, then Google announcing Android 4.0.4 Ice Cream Sandwich was being pushed to multiple devices, we can now report it is available for the XOOM and rolling out as we speak.

The update to 4.0.4 ICS was made available on Google’s servers for the Xoom, Nexus S, and Galaxy Nexus late last week and if you haven’t already manually updated, or flashed a custom ROM like Cyanogenmod 9 with 4.0.4 you should be getting the update starting this week as reported by Droid-Life. As a reminder this update is for the WiFi only model and currently not available for the Verizon 3G/4G LTE XOOM that is still stuck on Honeycomb.

Just like with handsets the XOOM’s update brings general feature improvements and stability to Ice Cream Sandwich. You’ll have faster screen rotation, better camera support and capabilities, MS Exchange improvements and general performance stability and increases. As usual you can wait for the update, or manually get it now by going to settings > about tablet > check for updates. Then you’ll be enjoying the latest tasty frozen treat from Google in a matter of minutes. Let us know how the update goes, and enjoy it.

Now when is the Verizon XOOM and XYBOARD tablets getting ICS?