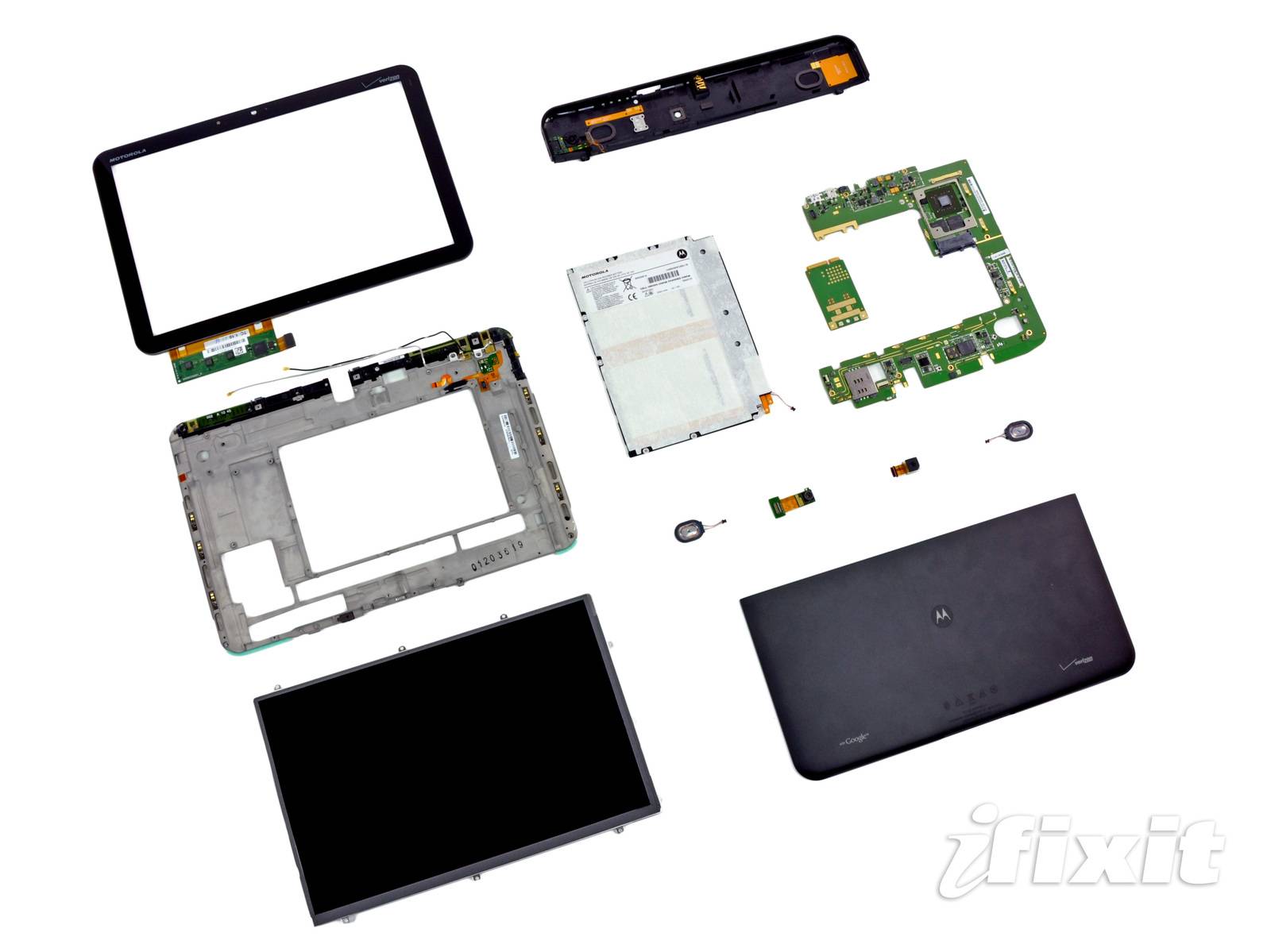 Motorola’s XOOM tablet has suffered the screwless indignities of the teardown, with iFixit taking the 10.1-inch Honeycomb slate apart for the unblinking gaze of the camera. The freshly rooted tablet is unsurprisingly straightforward to open – considering that’s something Motorola will be doing a lot of, while replacing the 3G modem with a 4G version later in the year – and reveals what iFixit describes as a blank “mini-PCI interconnect board” which seems to be a placeholder for the 4G modem.

Interestingly, the XOOM uses the same Qualcomm MDM6600 3G radio as Verizon’s iPhone 4, which as you may remember is potentially world-phone capable (the radio, that is, not the iPhone 4). That could imply that the HSPA+ capable chipset won’t be changed out for the GSM versions of the XOOM, merely have its GSM capabilities unlocked through software/firmware.

In the end, iFixit have glowing things to say about the XOOM’s repairability, though they do warn that there are a lot of screws to get past in order to access all of the different components. For more on the performance of the XOOM, rather than the hardware inside, check out the Android Community XOOM and Honeycomb Review.