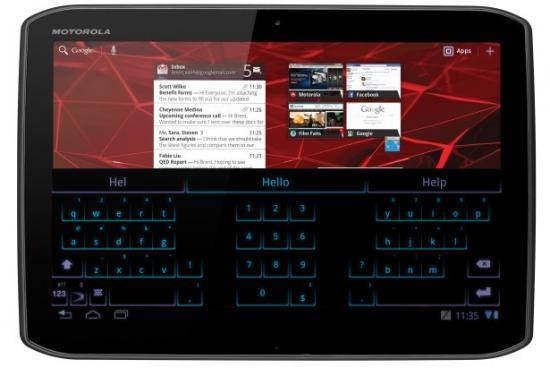 SwiftKey is making in-roads in the OEM market, just like Swype did before it. The third-party keyboard will be pre-installed on the upcoming Motorola XOOM 2 and XOOM 2 Media Edition, presumably in its tablet version. The software keyboard has become popular for its word prediction AI and easy customization. SwiftKey Tablet X is a $5 download in the Android Market, making it a slight value-add to the new XOOM.

Developer TouchType has been hard at work improving SwiftKey since it debuted this summer, and it looks like the work is paying off. In addition to bug fixes and special themes, they’re adding in a new feature in an upcoming release: multitouch support. Currently only paying users of SwiftKey X can access the alpha download, and it will only be active for the next two weeks. It’s good to see that the devs aren’t resting on their laurels.

Unlike Swype, which markets directly to OEMs (not that it’s impossible to get otherwise) SwiftKey is available to just about anyone on the Android Market, and the Amazon Appstore to boot. That might make it harder for TouchType to get it pre-installed on a wider range of devices because of a perceived lack of differentiation. But the XOOM 2 is a good start, and we’ll be keeping an eye out for future devices with SwiftKey, and other 3rd-party keyboards, built in.