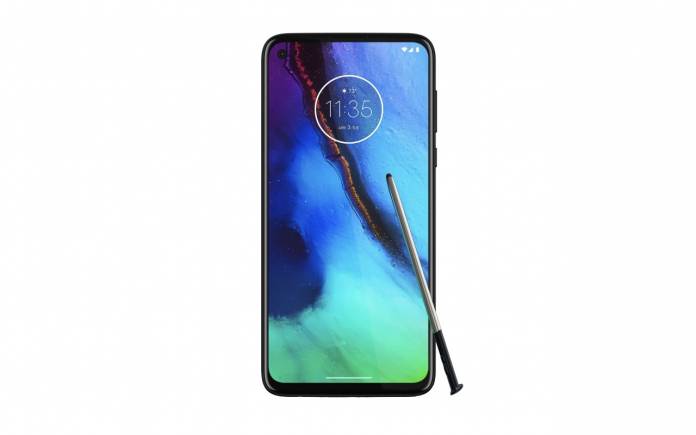 Aside from the new Motorola RAZR foldable phone, the Lenovo-owned company may soon introduce a new smartphone that offers stylus support. A new render was leaked recently. The source? Who else but Evan Blass (@evleaks). Nothing has been confirmed yet but we won’t be surprised if Motorola brings the idea to the production floor. We don’t remember Motorola having a phone model with a stylus ever so this can be interesting. The brand doesn’t exactly sell phones like pancakes but it has remained in the mobile business for years.

Motorola introduces innovative designs. It’s not afraid to experiment on features and hardware. Oftentimes, it brings new things like a 21:9 aspect ratio to the mid-range phone category. The Moto One Vision had it even it’s only a mid-range.

When it comes to imaging, the Moto One Action and Moto G8 Plus dine come with an o Pro-style action camera. It could be used on the new phone as well as for shooting landscape videos. The new concept Motorola may be working on is the stylus. It’s not exactly a unique idea but new for Motorola.

Blass’ latest render reveals a punch-hole for the selfie. The bezels on the side are narrow while the chin is smaller. The volume rocker is on the left edge while the power and earpiece on the top edge.

The phone is looking like a possible Samsung Galaxy Note rival. If that’s the case then we can expect the device will have higher specs plus that stylus. It may even rival the LG Stylo series.

The Mobile World Congress is just around the corner. We’re crossing our fingers the Motorola phone with stylus will be introduced during the tech event in Barcelona, Spain. Let’s wait and see.