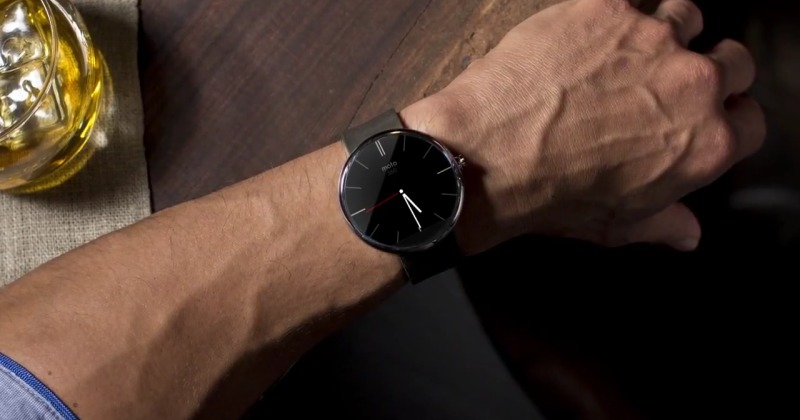 Motorola is really building up the hype around its yet to be fully revealed Moto 360 smartwatch, and hopefully, for its sake, it will manage to live up to that. It has just put up on YouTube a new video that tries to answer the question “why a watch?”, though consumers are probably more interested in the more specific question “why a round shape?”.

According to Moto 360 project lead Lior Ron, up until the last decade, watches have been the most personal piece of technology that people could wear and that it was also a form of self expression. But in truth, smartwatches have become a trend that Motorola simply just can’t ignore. As to why it has become a trend, perhaps people are starting to look for ways to remain connected without staying glued to their smartphone screens. Hopefully this time around they won’t end up with their faces glued to their watches, which is an even more humorous sight.

As to why the round shape, Motorola’s answer is somewhat debatable. Ron claims that the circular shape affords them more screen space, a claim that LG has been all too eager to refute. Especially when you consider that the visible part of screen doesn’t take up the whole area of the watch face, with a little section below occluded from sight. The other reason for the unconventional smartwatch shape is that it is a conventional watch shape. The Moto 360 admittedly looks quite classy and classic when placed beside its contemporaries.

How all of these actually plays out in the real world is very hard to judge considering Motorola is keeping the smartwatch under very tight wraps, one of the tightest we’ve so far seen in any mobile device product. But perhaps it is due to this that people are quite attracted to the Moto 360, willing to hold off on cheaper but already existing Android Wear smartwatches in the market just to see what this circular gadget has to offer. Hopefully we won’t have to wait much longer and hopefully we won’t be disappointed.