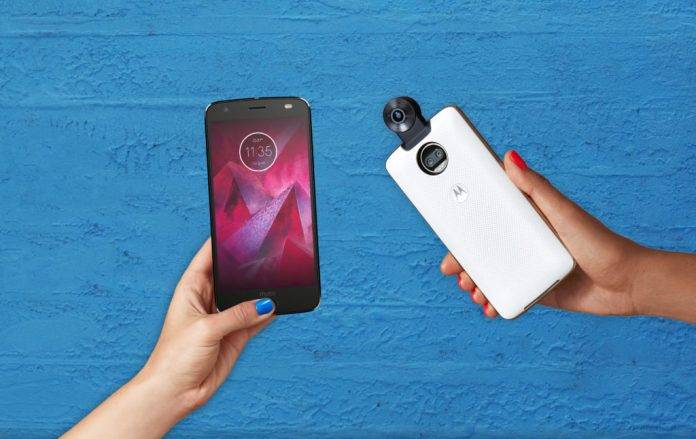 While the modular smartphone setup hasn’t really caught the world by storm, Motorola refuses to give up on it. They have just announced their new Moto Z2 Force Edition, and now alongside it is a slightly familiar accessory: the 360 Camera Moto Mod. While we’ve been hearing about it for some time now, this is now the official announcement that you can attach a 360 degree camera to your Moto Z device (well of course if you have one). They are pushing it as an accessory that will let you see the world from all angles.

With the two 13MP cameras, you will be able to capture 360-degree 4K video at 24 frames per second. It also has immersive 3D audio so those who watch the video can actually feel like they’re there even with the sound . When it comes to photos, you will be able to capture 150-degree ultra-wide-angle images from both front and rear cameras. It uses the same Moto Mod system that Motorola has released so this means you can connect it to any of the Moto Z modular smartphones.

This also means that almost all the features of the 360 Camera Moto Mod will work on any of the compatible Moto Z phones. The one exception though is the ability to stream live video in spherical format but eventually, this will also be available through an upcoming software update. You can also edit your photos and videos through an advanced editing software available in your Moto Z device.

The Moto 360 Camera Moto Mod will be available starting August 10. It will cost $299.99. One thing that modular platforms will have to fix is the cost of accessories, which right now is still pretty expensive for comfort.