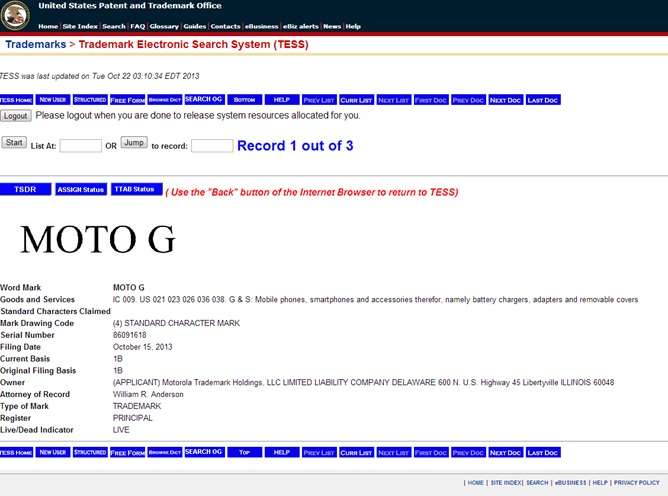 The Moto X has proved to be a device that could turn Motorola around. With the hype surrounding it, and the stellar reviews, it’s really been one of the best smartphones of 2013. With Motorola having filed for a new trademark recently, we’re left to wonder if they’re planning a refresh for the device, or something else entirely.

Phandroid has discovered that Google’s new hardware division has filed a trademark for the “Moto G” name. What isn’t know is just what the device is — or if it’s a device at all. Right now, it’s a name, and little more to us.

We think it’s safe to say it will be a device, as there would be no reason to name a case for one phone. In other respects, Motorola has gone out of their way to partner with a third party for earbuds and a bluetooth speaker, so that’s probably out. What isn’t out is a tablet, which many still expect to see from Motorola soon.

There is also the rumored DVX device, which could see the “G” branding. Whatever it is, we’ll just have to be patient. Whether it be a tablet, smartphone, or something else (smartwatch?), we’ll be excited to see what Motorola has up their sleeve.