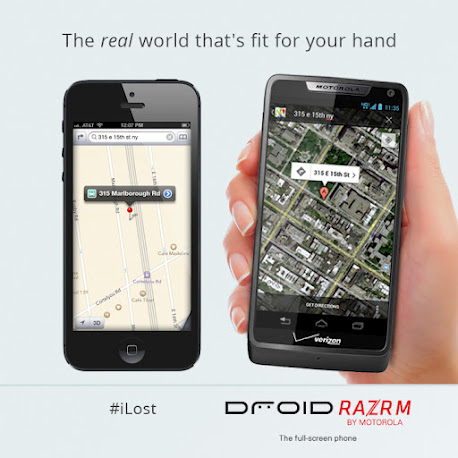 Apple has been getting a lot of backlash for its new native Maps app in iOS 6, which released earlier in the week. Many phone manufacturers have been taking advantage of the moment, including Nokia. Now, Motorola has taken their turn to take a shot at Apple’s failure.

“Looking for 315 E 15th in Manhattan? Google Maps on DROID RAZR M will get you there & not #iLost in Brooklyn.”

In the ad, the Razr M shows an overhead satellite view of the correct destination, while the iPhone 5 shows the incorrect destination. We’re not sure what significance 315 E. 15th Street holds for Motorola — there’s nothing too special at the address, nor at 315 Marlborough Road in Brooklyn, which is what shows up on the iPhone 5.

Motorola does sort of have a point, though. Apple screwed the pooch quite a bit with their new Maps app, and Google Maps is pretty awesome, so it’s not surprising Android phone manufacturers are savoring this moment and attacking the iPhone as much as possible. This is only the beginning, so we’re pretty excited to see what other phone manufacturers come up with. 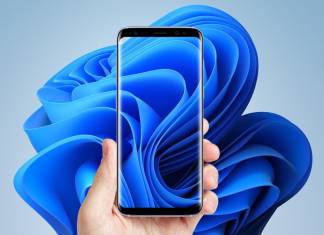 Bharat Bhushan - January 20, 2022
Modders have been working relentlessly to bring the Windows OS to the mobile ecosystem, and so has been Microsoft in its half-hearted effort. At...