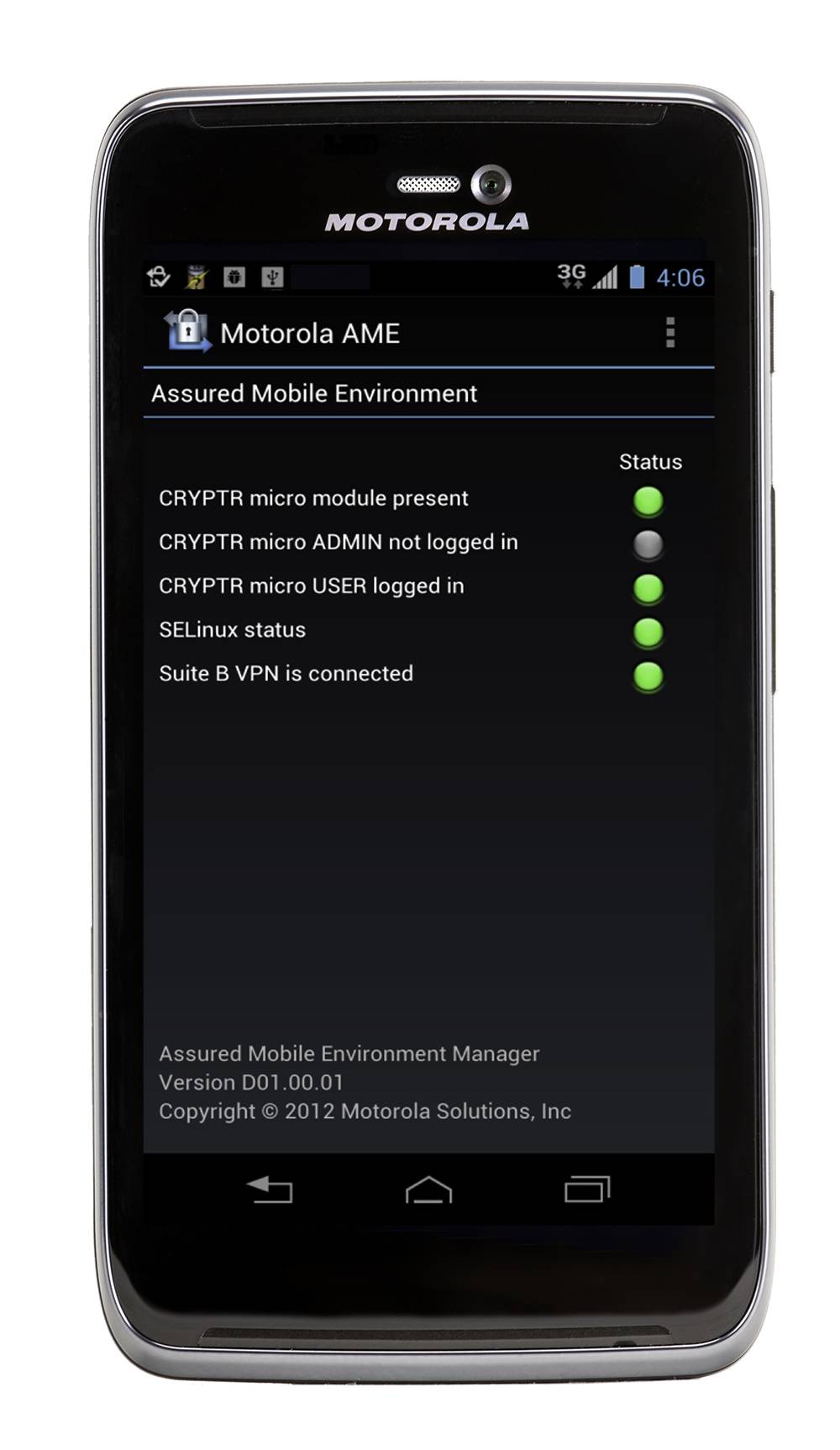 Motorola Solutions has created a device dubbed the AME 2000 Secure Mobile Solution that will provide federal agencies with secure voice and data communications. The AME 2000 is a commercial-off-the-shelf (COTS) Android device that has updated software and hardware that will provide encrypted voice and data communications through both public and private wireless networks.

The AME 2000 uses a Virtual Private Network (VPN) to provide secure data transfer between the device and various data networks including Wi-Fi, 3G, and 4G LTE. It also features end-to-end AES 256/NSA Suite B encryption for voice and messaging services between AME-equipped devices as well as Security Enhanced Android (SEAndroid) to provide security policy controls so that processes can’t be bypassed or hacked by viruses.

Motorola Solutions wanted to create a device that would provide the security that the federal government needs while also providing a device that is user-friendly. According to their press release, that’s why they chose Android as their operating system. Android powers hundreds of million devices in over 190 countries, thus making it the largest installed mobile operating system in the world.