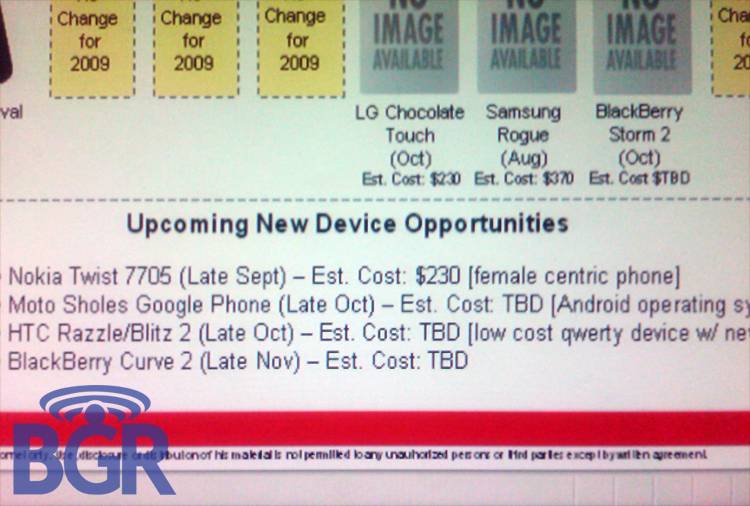 What looks set to be Verizon Wireless’ first Android handset, the Motorola Sholes, has been tipped for a release in late October.  The Motorola Sholes Android smartphone is expected to have a full touchscreen display that slides aside to reveal a QWERTY keyboard.

The leaked Verizon roadmap does not, unfortunately, have pricing details for the Motorola Sholes, but the Android device has previously been tipped as an entry- to -mid-range device so we’re expecting something at around the $99 price point.  That’s unconfirmed speculation right now, however.

Android Community will likely find out more, though, at Motorola’s press event on September 10th, where the company is expected to unveil its new range of Google phones.  We’re fully expecting to see the Motorola Sholes Android smartphone center stage.