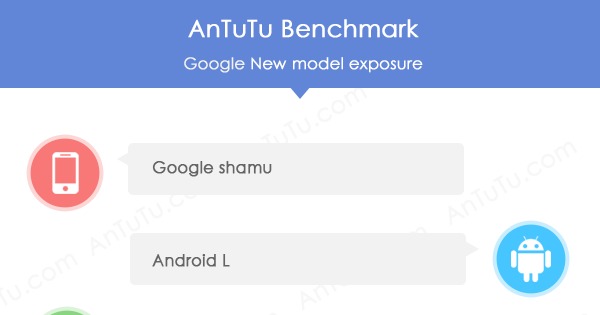 We’re back trying to figure out Google‘s next move when it comes to its Nexus device line. While the jury is still out on who will be bequeathed the privilege of making what people are calling the Nexus 6, one of the top contenders is Motorola, and this latest benchmarks of a certain “Shamu” device, believed to be the Nexus 6, is trying to tell us that the former Google-owned company might have something to show indeed.

As the next Android reference device, this Motorola Shamu unsurprisingly flaunts high-end specs on GFXBench’s website. Included in that shopping list of top of the line hardware is a 2.6 GHz quad-core Qualcomm Snapdragon 805, which comes with the new Adreno 420 GPU, 3 GB of RAM, and 32 GB of internal memory. The display is no joke either, with a 5.2-inch 2560×1440 screen, beating the LG G3‘s own 2K display in size and, therefore, pixel density. The cameras are quite run of the mill, with a 12 megapixel shooter at the back and a 2 megapixel on the front. The rear camera is noted to be capable of recording 4K video, which isn’t surprising given the Snapdragon 805’s multimedia bent. 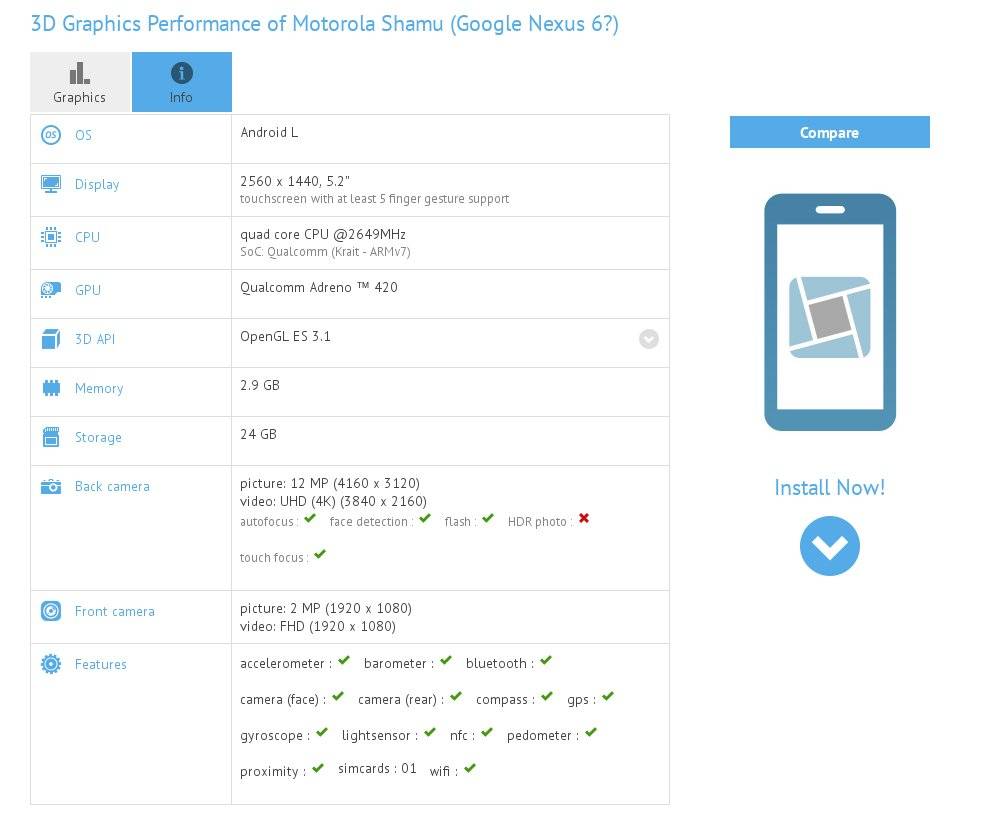 This sheet is seemingly confirmed by popular benchmark site AnTuTu, who revealed a certain “Google shamu” sneaking into its list of devices. The name alone would clue us in on the Nexus association of this device. The two agree in almost all specs except for the camera, with AnTuTu putting a slightly higher 13 megapixel on the back and 2.1 megapixels for selfies. 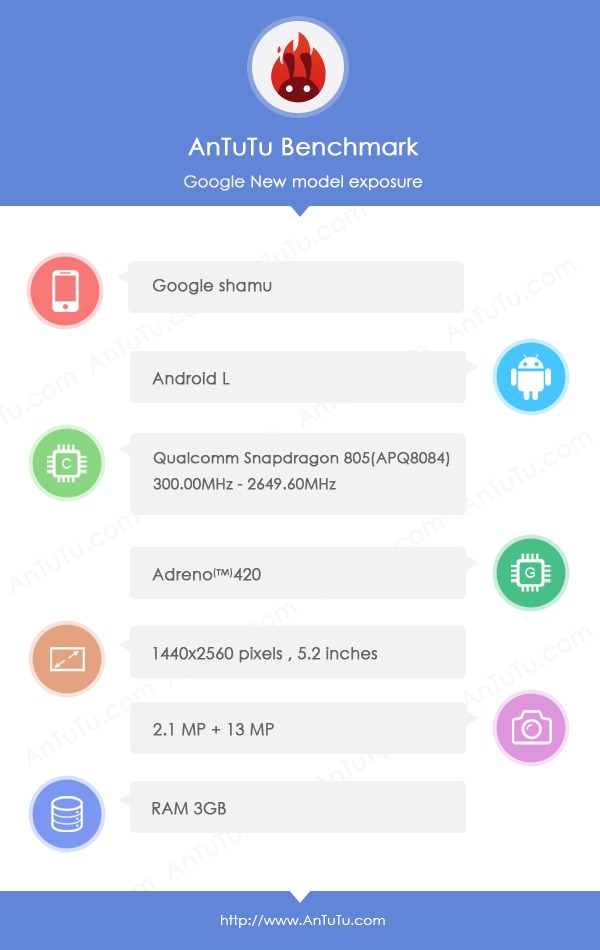 Of course, benchmark sightings are never a certainty of an actual device coming to market so the door remains open for speculation and even other players. There is also word that a Motorola-made Nexus might not be possible until Motorola’s assimilation into Lenovo becomes total and complete. That said, considering how Android L and, by extension, the Nexus 6 aren’t scheduled to come out until later this year, there might still be enough time for all those pieces to fall into place.