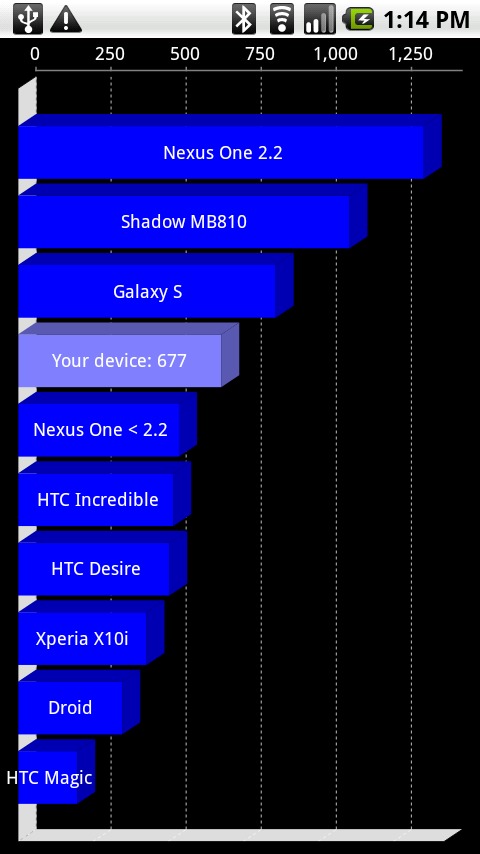 A member from Howard Forums benchmarked his Shadow with an app called Quadrant. The results were very favorable for the Shadow especially if it is running Android 2.1 or lower. It took second place in a performance test right behind the Nexus One on Android 2.2 and right above the Samsung Galaxy S which took third place.

All evidence leads us to believe the Shadow that was used in this testing is running Android 2.2. The Shadow has a PowerVR SGX 530 GPU while the Samsung Galaxy S has a PowerVR SGX 540 GPU and a 1 GHZ processor. The Shadow would surely lose to the Galaxy in a head to head challenge on the same OS. Either way the Shadow is shaping up to be a nice device and it hasn’t even been announced officially.