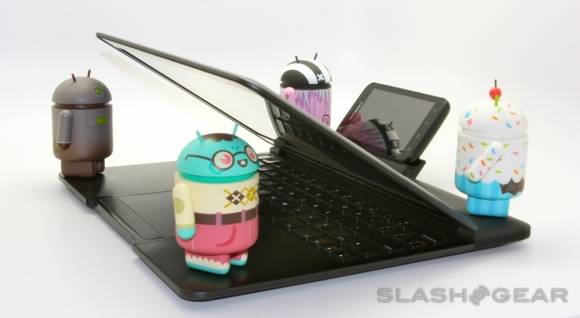 That cool laptop dock for the Atrix is one of the compelling reasons for some people to buy the smartphone. That said we had mixed feelings about the dock and its functionality in some areas. Motorola has announced that it will be offering more of the laptop docks like the one for the Atrix in the future. We hope that it can make things work a bit better when the future docks finally come to market.

Often when companies like Motorola talk about “the future” they are looking far down the road. In this case, Motorola will be launching additional laptop docks in the second half of 2011 according to CEO Sanjay Jha. Jha also noted that the docks would cover an expanded range of devices and price points. Reading between the lines, I would expect a dock that works for just about all the high-end smartphones that is cheaper than the Atrix dock.