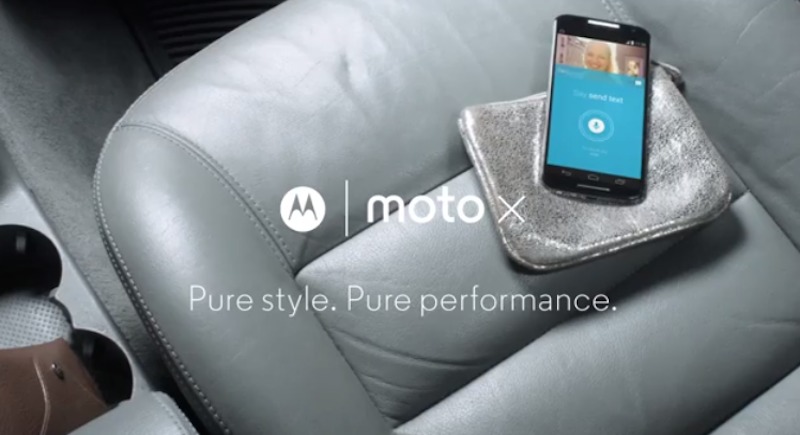 In a series of new ads, Motorola is showing of the next-generation Moto X. Three new videos were uploaded on Motorola’s Motorola Mobility channel on YouTube, showcasing what Moto X’s “Pure style and Pure performance” is all about.

The first video is a short one, showing us the power of Moto Assist. According to Motorola, the Moto X adapts to you anywhere, whether at home, in the car, or at work. It allows for a more hands-free use of the phone, enabling the phone owner to respond to calls, texts, or messages without typing on the screen.

Motorola showcases the wonders of the Moto Voice in the next video. It’s one feature of the new smartphone that allows more control over the device through spoken commands. The video gives us a glimpse of how the Moto X can follow voice commands with the Moto Voice feature. This seems to be smarter than Android’s native Google Now or at least that’s how Motorola wants to tell us.

Greet the phone and it will tell you your schedule. Once you get inside a car, the Moto X will read you text messages and even respond to them. For the Facebook addicts, a simple voice command will post status update on the social network.

Impressing Android fans is the hand-gesture capabilities of the Moto X. The next video here demonstrates how a simple twist of your wrist will capture the moment, in not just one shot but a few takes so you can choose which one is best.

Motorola’s latest ads for the 2nd-generation Moto X clearly tell us what to expect from the smartphone. We don’t know if Motorola will release these short commercials on TV but the company could hope that these go viral and see many hits.