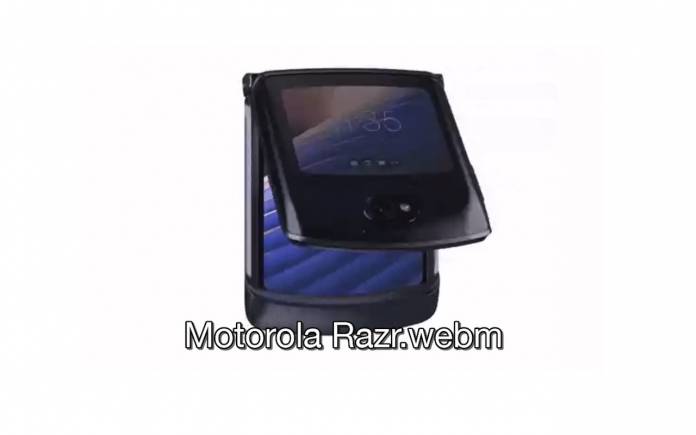 Motorola has a number of mid-range smartphones lined up. It’s also currently working on a new Razr foldable phone. A follow-up to the new-generation RAZR is in the works. It may be unveiled soon as we saw a teaser to an event to be held on September 9. The 2020 Motorola Razr 5G’s images have been leaked earlier this week as a more refined smartphone. The design is basically the same but with improved and better specs. A 360-degree render of the foldable clamshell phone has surfaced online so we have another look.

Evan Blass is the source so we believe this is probably true. The upcoming Motorola RAZR looks very similar to the older one. One major upgrade would be 5G connectivity.

The form factor is almost the same. You won’t probably notice any big difference right now but the performance is expected to make an impression. The hinge mechanism will probably be the same but we’re hoping the creak will be gone.

Motorola is expected to have smoother out the notches at the ends. The fingerprint sensor may also be gone as well. The phone is said to have a bigger display at 6.7-inches from the previous from 6.2-inches.  The next-gen Motorola RAZR will still rival the Samsung’s Galaxy Z Flip, specifically, the Samsung’s Galaxy Z Flip 5G. Some changes to the camera system may also be expected like a bigger camera bump.

The Motorola Razr 5G could be released by AT&T in the United States. The first Moto RAZR reboot was launched exclusively by Verizon. Here are the specs we know so far: Qualcomm Snapdragon 765 processor, 256GB onboard storage, 8GB of RAM, 48MP camera, and a 2845 mAh battery. The 5G support will help sell the phone.

As for the pricing, we can only hope for a less inexpensive Motorola RAZR. We won’t be surprised if it will still be $1,500 given the specs are upgraded and 5G will be added. Let’s wait and see.