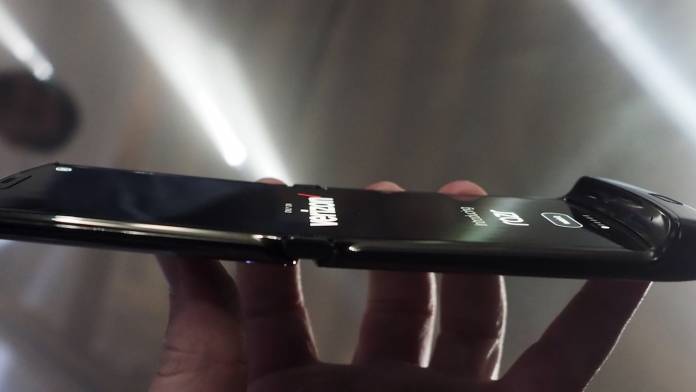 A new Motorola RAZR is arriving. We’re almost certain of that since Motorola has always been faithful when it comes to introducing follow-up models. The foldable RAZR that was introduced last year and released earlier in the year was based on the original RAZR line from early 2000s. The next foldable phone will still be a Motorola RAZR but we can expect a better one. The Lenovo-owned company may not even wait for next year. Rumor has it the next-gen Razr foldable phone will be introduced also this year.

Motorola is busy these days as it aims to get back on top rankings. The brand offers several new phones including the Motorola Edge+, Motorola Edge, Moto G Stylus, Moto G Power, and the Motorola RAZR. The latter may seem to be taken over by the Moto RAZR 2.

The Motorola foldable smartphone isn’t exactly packed with the most premium specs and features. It’s more popular for its novelty because it’s an upgraded version of a classic Motorola offering. Some details have surfaced already. The phone is said to arrive in September with 5G connectivity.

The Motorola Razr 2 is known as “XT2071-4”. It’s also codenamed “Smith”. It runs on 8GB of RAM, Qualcomm Snapdragon 765 processor, 256GB onboard storage, and a 2845mAh battery. When it comes to the camera system, the rear cam will use the 48MP ISOCELL Bright GM1 sensor by Samsung. It will be complemented by a 20MP selfie shooter.

The phone will be powered by Android 10. Some improvements will be ready for the Quick View display and Flex View. We’re crossing our fingers an Ultra-Thin Glass may be considered.

The Motorola RAZR 2 will be sold in North America and China. It is expected to support sub-6GHz 5G as made possible by the Snapdragon 765 with X52 modem.