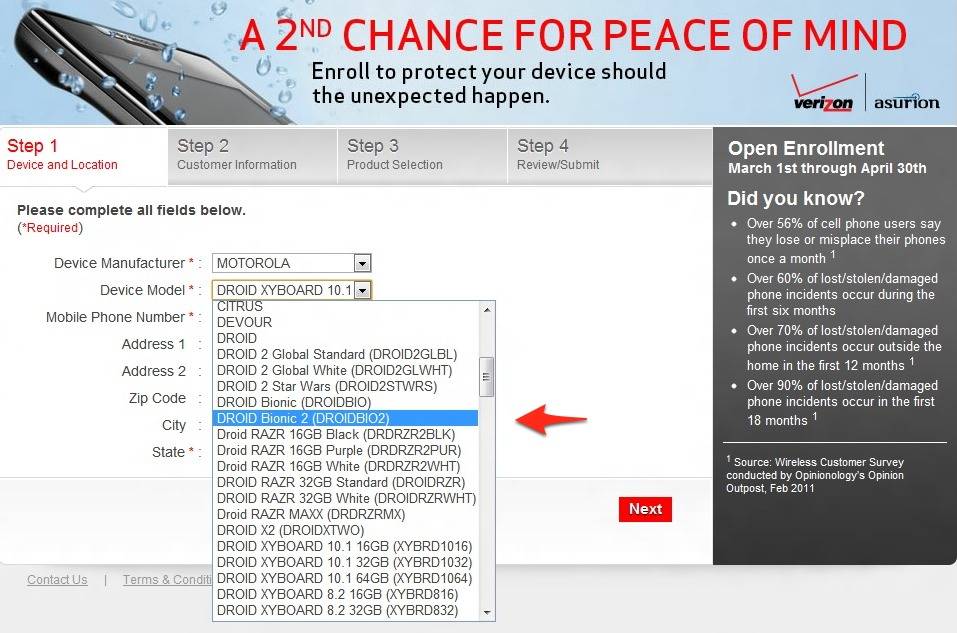 Why Motorola? Why? That is the first thing that came into my mind when reading news of a DROID Bionic 2 this afternoon. While this could very well be a mistake, the source that it comes from leads us to believe it is true, and that Motorola might actually be making a successor to one of their biggest flops of the past 6 months.

For those that have ever had to replace a smartphone after an accidental drop or problem, Asurion is who Verizon uses for their insurance and replacement program. Today the folks at Droid-Life spotted the Motorola DROID Bionic 2 in the Asurion open enrollment forms for people signing up and seeking replacements. Maybe they can delay this phone 6 months and have 8 design changes then release it with a slew of bugs needing to be fixed like they did the first one – just a thought.

Now obviously this could be a mistake. Verizon also recently started selling the DROID Bionic for $100 less than the original model, only the cheaper one does not come with a 16GB micro-SD card. Could this be the way Asurion decided to label it, if so someone wasn’t thinking clearly.

What do you guys think? Is Verizon and Motorola prepared to release a Bionic 2 this summer, and if so, would you buy it?