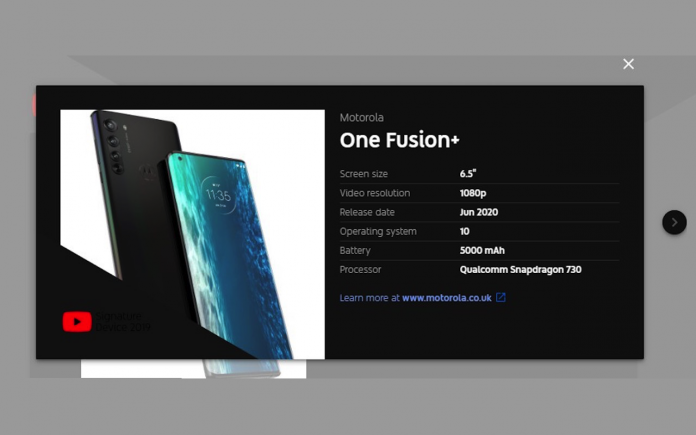 The Motorola One range is about to get another entry. The Motorola One Fusion+ was mentioned last month already, coming soon as an affordable mid-ranger. There is no official announcement yet but we can look forward to a new phone from Motorola. The device has been leaked on YouTube with some details–that it will run on a Qualcomm Snapdragon 730 processor and a large 5000mAh battery. The target launch date is June so the phone may be out in about a week.

The brand is now owned by Lenovo. It has gone back to making flagship phones recently with the Motorola Edge and Edge+ as the first offering. They come with 90Hz curved OLED screens, large batteries, and multi-camera systems.

While the Motorola Edge+ comes with a premium price, the regular Motorola Edge is expected to be more affordable. It is believed to arrive with the Motorola One Fusion+ as another mid-ranger in a few weeks.

Related information was spotted on the YouTube Device Report page. There is a reference to a ‘Motorola One Fusion+’ that features a 6.5-inch screen with 1080p resolution, 5000mAh batt, and a Qualcomm Snapdragon 730 chipset. It’s not clear if the image included in the leak is the real Motorola One Fusion+ but it looks like a Motorola Edge.

The Motorola One Fusion+ is said to feature a flat display, USB Type-C, quad rear cam with a 64MP main shooter, 3.5mm headphone jack, and a rear fingerprint sensor. It’s not clear if the front-facing camera will be under a punch-hole. There is a possibility it will come with a pop-up camera system similar to the Motorola One Hyper.

When it comes to the imaging department, the smartphone will use a 64MP ISOCELL Bright GW1 sensor on the main camera. Connectivity-wise, it may feature LTE Bands 2/5/7/38/41, WCDMA Bands II/V, and GSM850/1900. Choose between the Sugarfrost and Cloud as color options. 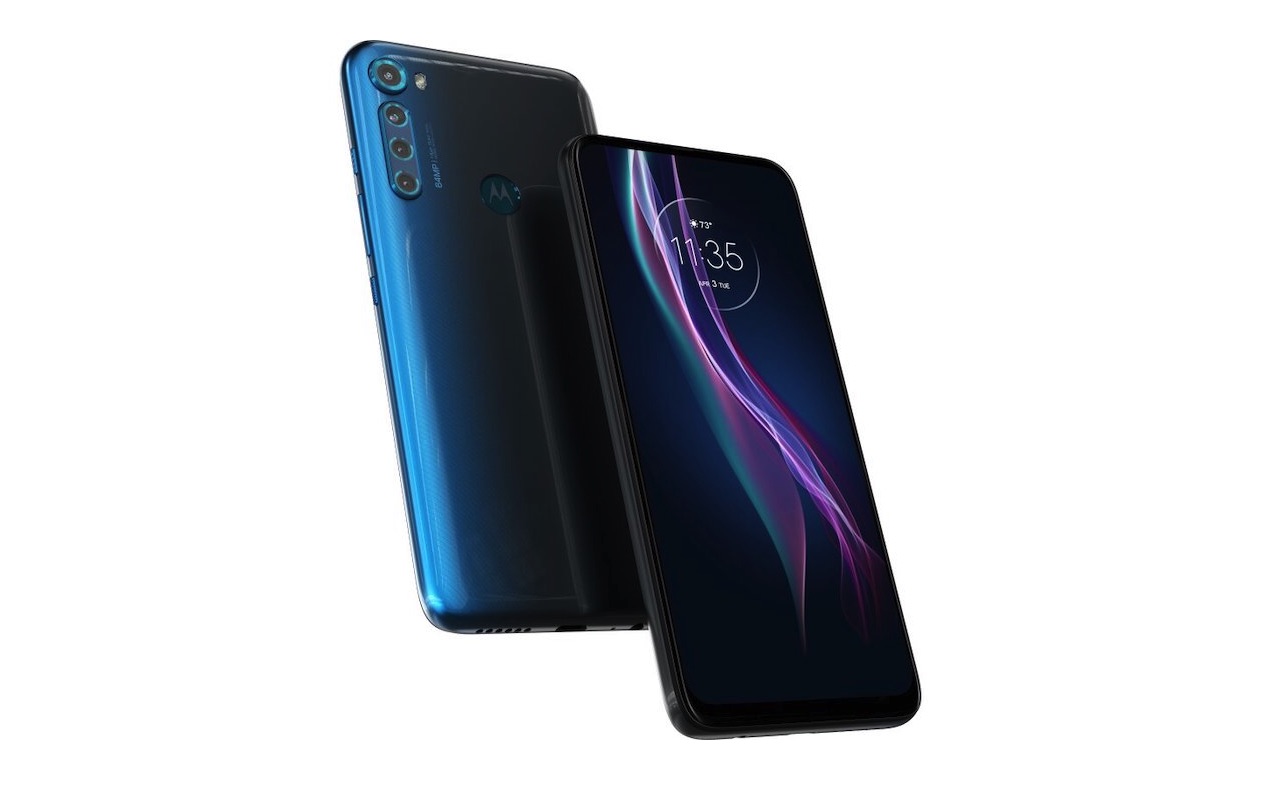 The Motorola One Fusion+ may be sold in India, the Middle East, Asia Pacific,Eastern Europe, and Latin America. A non-plus version (Titan) may also be available with the following specs: 6.52-screen at 1600×720 pixels, Qualcomm Snapdragon 710 chipset, 4GB or 6GB of RAM, 64 or 128GB onboard storage, smake 5000mAh battery, and of course, Android 10. The quad rear cameras of the Motorola One Fusion may be headlines by 48MP ISOCELL Bright GM1 joined plus 5MP + 8MP + 2MP camera sensors, and an 8MP selfie camera.