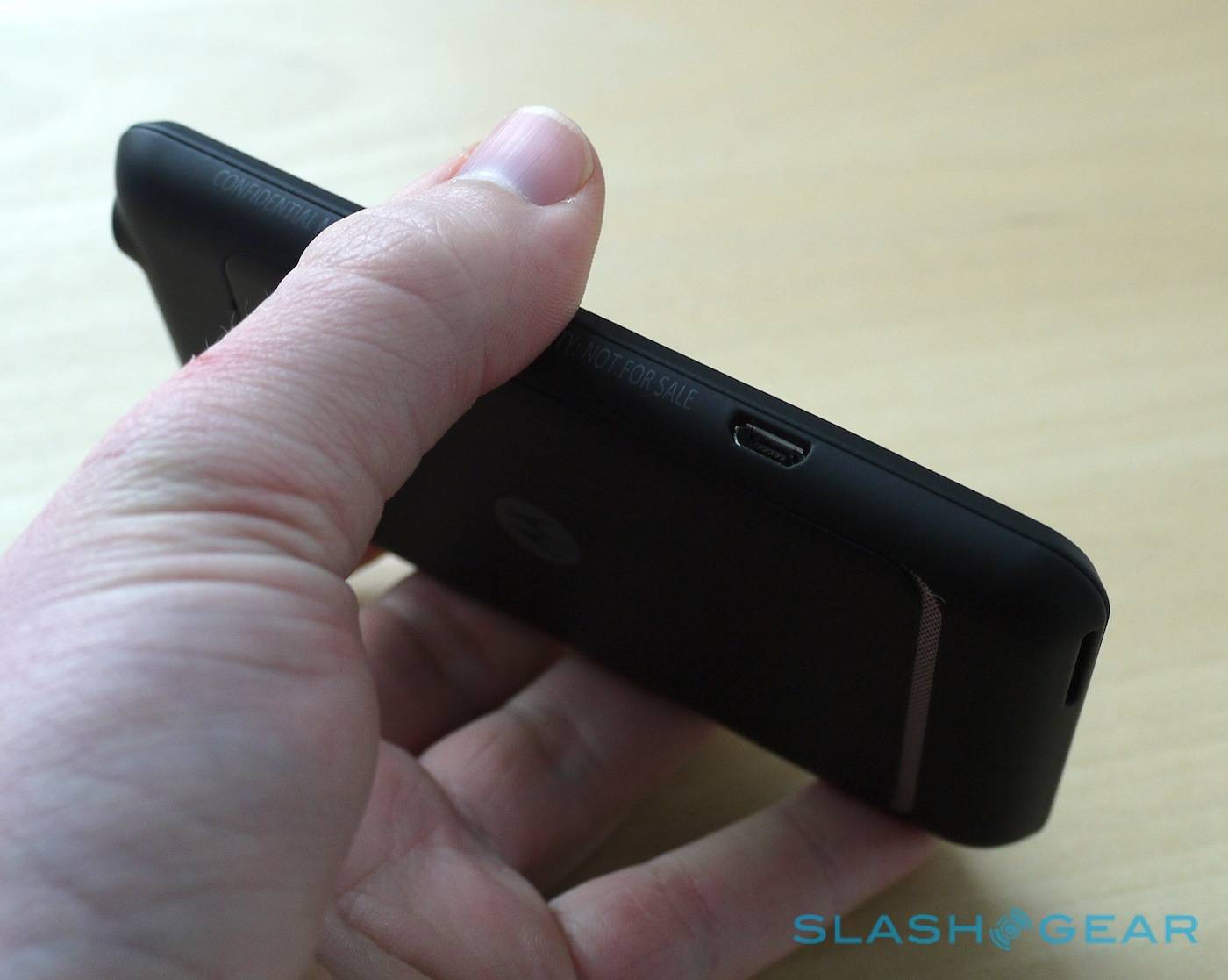 If you’ve been intrigued by Motorola’s uniquely-styled mid-range phone the MOTOLUXE, and you happen to live in the UK, you’re in luck. The company has announced plans to launch the phone in late February in the United Kingdom, with Clove assigning a price point of £21 before taxes (about $340). SlashGear got an in-depth preview of the device as well, coming away impressed if not dazzled. The MOTOLUXE attempts to bring a little luxury (natch) to the SIM-free budget crowd.

As far as hardware goes, you get a combination of a decent screen and low power in the phone’s somewhat unique shell. a 4-inch 854×480 LCD display runs over an 800mHz processor and 512MB of RAM. That won’t be setting any benchmark records any time soon, but for Gingerbread 2.3.7 it’s fine; an Ice Cream Sandwich upgrade seems unlikely at this point. A single gigabyte of user-accessible data isn’t much, but it can be supplemented with a MicroSD card. Sadly, the phone’s cellular radio is limited to HSDPA (aka basic 3G) speeds. Motorola’s standard 8MP camera hangs out on the back of the device.

More interesting than the numbers is the design itself. The MOTOLUXE uses the soft-touch plastic of previous Moto phones like the DROID X, but abandons the industrial look for a more rounded, beveled appearance. Most striking is the LED notification light hidden in a recessed horizontal dip just below the capacitive buttons. This makes alerts glow in a unique fashion – it probably won’t turn heads, but it should get a few interested glances at the very least. 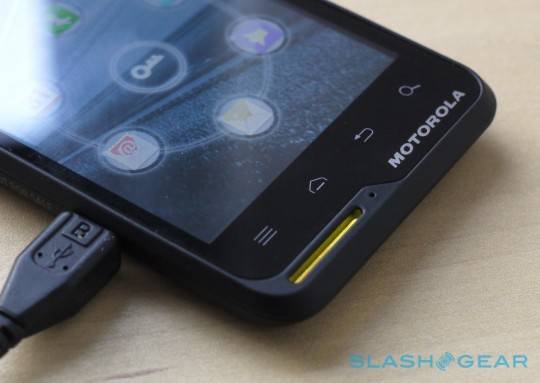 The MOTOLUXE is the first phone to receive “MotoSwitch 2.0” interface, which we suppose is what they’re calling the Blur UI this week. The reviewer wasn’t impressed, and we tend to agree – unlike TouchWiz and Sense, Motorola’s custom interfaces tend to be little more than an icon and palette swap which still manages to hamper performance. At least Moto’s added some lockscreen shortcuts.

All in all, the MOTOLUXE is a decent choice if you want a reliable mid-range phone and don’t want to spend the pounds to reach into the high end. For the UK’s unlocked networks, you could do worse – and if you’re willing to shell out more initial money, you could do a lot better, too. The MOTOLUXE will be on sale at online and retail locations within a few weeks.