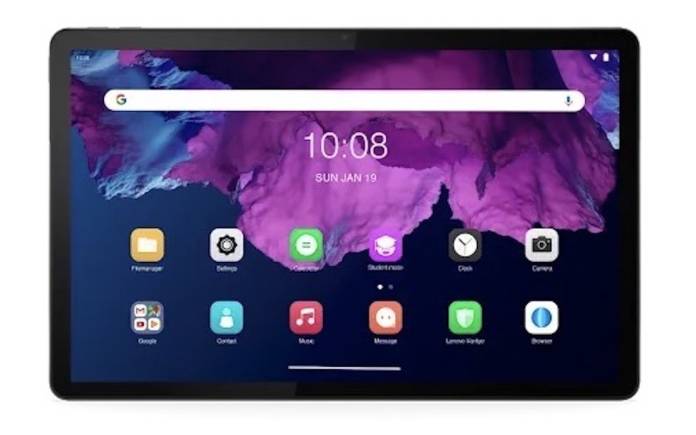 Just last month, the Moto Tab G20 Android 11 tablet was introduced. It will soon be joined by a new model called the Moto Tab G70. Nothing is final and official yet but just like the G20, this one will run on a MediaTek processor. A new model has appeared on a Google Play Console listing. This means Lenovo-Motorola will announce a new product very soon. The Google Play Console listing will run on MediaTek Kompanio 500 processor, 5000mAh battery, and 4GB of RAM with 64GB onboard storage. A 128GB model may also be ready.

The tablet will use Android 11 and not Android 12 but we believe Motorola will work on the new version in the near future. We’re guessing the Moto Tab G70 will launch in India first before it rolls out in other key markets.

To recap the specs and features of the Moto Tab G20 introduced earlier, that one arrived with a decent 8-inch IPS LCD screen with 1280 x 800 HD+ pixel resolution. The display will come with 350 nits of brightness and 60Hz refresh rate. It uses a Helio P22T processor with 3GB of RAM and 32GB built-in storage.

When it comes to imaging, there is a 2MP selfie shooter and a 5MP autofocus camera. There’s also the usual 3.5mm audio jack, USB Type-C, Bluetooth 5.0, and Wi-Fi 802.11 b.g/n/ac. We can assume the Moto Tab G70 will retain some of the basic specs and improve on the chipset, RAM, memory, and battery. We learned the screen will actually be 11-inches.

The Moto Tab G70’s launch could be next month o ranytime in Q1 2022. We’re crossing our fingers Motorola will reveal this one officially soon in time for the holiday shopping. It’s an affordable alternative for those looking for a new and budget-friendly Android tablet.