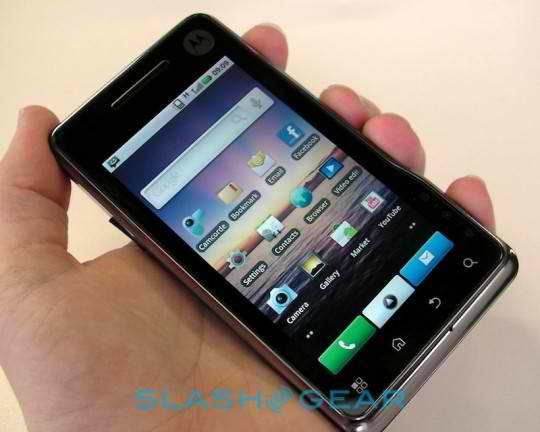 Awhile back there was a rumor that T-Mobile will be getting a device similar to the Droid but without the keyboard and a better camera. Well, that rumor may come true soon, the Motorola Milestone XT720 could make its way into their stores. It has T-mobile compatible 3G bands.

Whether it comes to t-Mobile officially or not remains to be seen. But if you want this device and you are a T-Mobile customer, you can order it and enjoy it to the fullest because you will have full 3G (if it’s in your area).

This could turn out to be a big summer for T-Mobile if this does make it into their stores with the Samsung Galaxy S. with the closing of Google’s Phone Store, the Nexus One could make its way over to Magenta as well. These 3 together could make for an impressive android lineup for T-Mobile. Don’t forget there’s still the HTC manufactured Sidekick that could be unveiled at any moment.