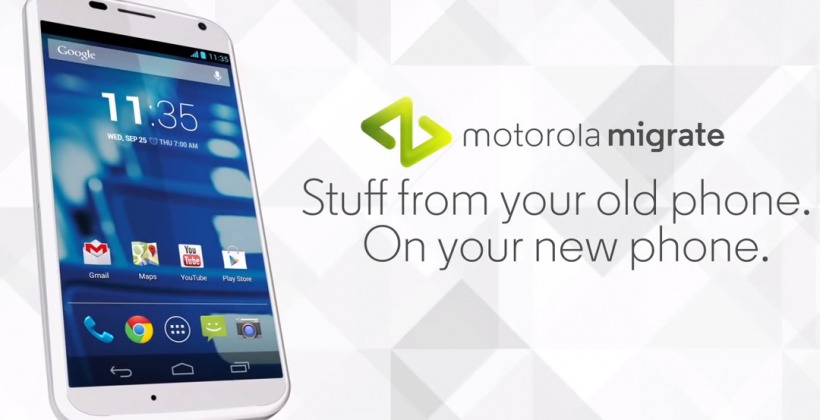 If you bought the Moto X or one of Motorola‘s other recent handsets, Motorola Migrate likely served as a mixed blessing: while easy to use, it suffers from various bugs that could cause a random loss of connection or trouble pairing. Today the company pushed out an update for the app addressing the problems.

Motorola Migrate is a handy way to transfer the data from one’s previous handset to their new Motorola device, including things like text messages and contacts. The app is available from the Google Play Store, and once downloaded it works with wifi.

The old handset is used to scan a QR code generated by the app on the new handset, which then allows the two handsets to connect with each other. Those who have cameras with fixed focus could run into issues with this, having trouble scanning the code.

The update brings support for QR pairing with a smartphone that has a fixed-focus camera. Beyond this, a number of unspecified bugs that could cause trouble with transferring data between handsets have also been addressed, potentially eliminating any “connection lost” or similar errors.