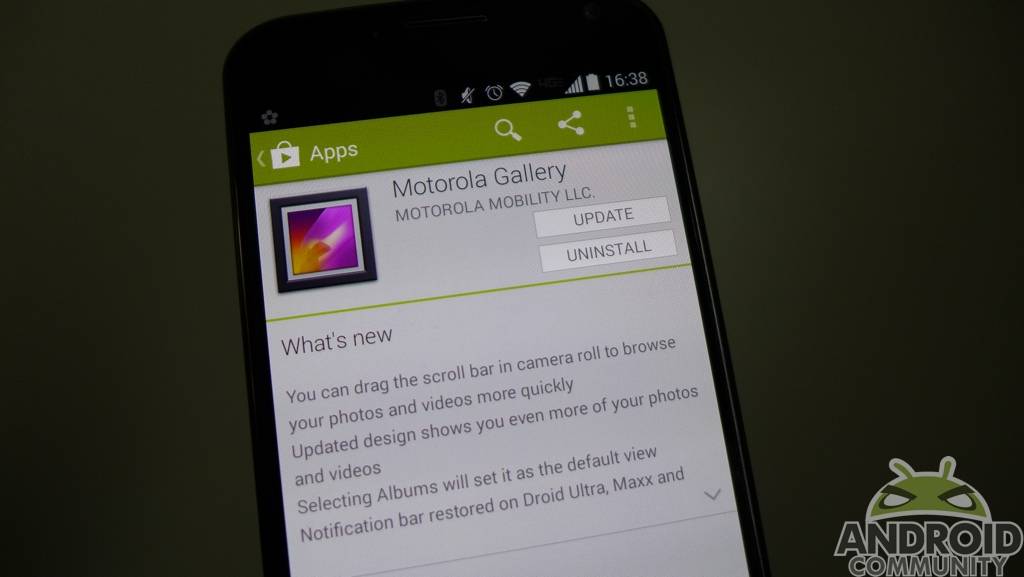 As we’ve been seeing Motorola do with apps, they have been putting them in the Play Store and in turn — updating them on a more frequent basis. Motorola has had recent updates for everything from Assist to Migrate as well as Touchless Control and Active Notifications. And up today is the Motorola Gallery app.

The changelog isn’t overwhelming for this update, but we suppose that goes back to the Play Store availability allowing for more frequent updates. Basically, we cannot expect every Motorola app update to be over the top. That having been said, this time around the Gallery is seeing an updated design, which according to Motorola, means users will see “even more” of their photos and videos.

This update also allows users to select an album and have it set as a default view. The one fix was for those using a Droid Ultra, Maxx or Mini. Motorola restored the notification bar for users with those three devices. Otherwise, the last and remaining item on the changelog is new functionality.

Motorola Gallery users will be able to drag the blue scroll bar in the camera roll. This basically just allows for faster scrolling. While scrolling (using the blue bar method) you’ll see the thumbnails going down the screen, and you will also have a circle sitting centered towards the bottom with the month and year.

The Motorola Gallery app can be found using this Google Play Store link. Of course, those with a Motorola device may be better served by launching the Play Store, heading to the My apps section and simply updating that way.