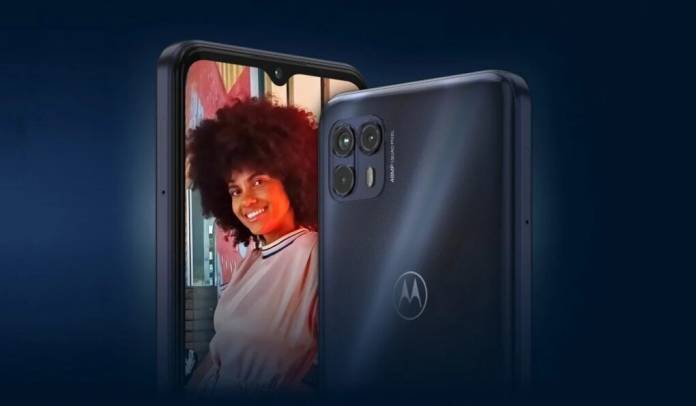 Motorola has been working on several new devices. There is the Moto Tab G70 sighted on Google Play Console, the Motorola Edge 30 Ultra 5K, or the Moto Edge X. A new Moto G phone may be introduced as a follow-up to the Moto G50 and the Moto G60 in the form of the Moto G71. This product is poised to be another mid-range 5G smartphone and ready to compete in the market. Codenamed as “Corfu5G”, the Motorola G71 phone will come with decent specs and performance.

Motorola is believed to run on Snapdragon 695 5G processor. It will come with 4/6/8GB of RAM and 64GB or 128GB onboard storage. There will be a 6.43-inch OLED screen with Full HD+ resolution. When it comes to the camera department, there is an 8MP ultra-wide angle + 2MP macro lens. The selfie camera will be 16 megapixels.

Other features of the Motorala G71 include a 3.5mm headphone jack, USB-C port, 30 watts charging support, and a 5000mAh battery. The phone comes with IP52 rating. You can also expect a Google Assistant button on one side of the phone. Audio may not be excellent but a mono speaker could be enough.

The phone will only run on Android 11 out of the box but it will receive major OS updates, at least, for the next two years. Software updates and security patches should also be regular. Let’s wait and see for Lenovo-Motorola to make the official announcement. We’re crossing our fingers it will be this Q4 2021.