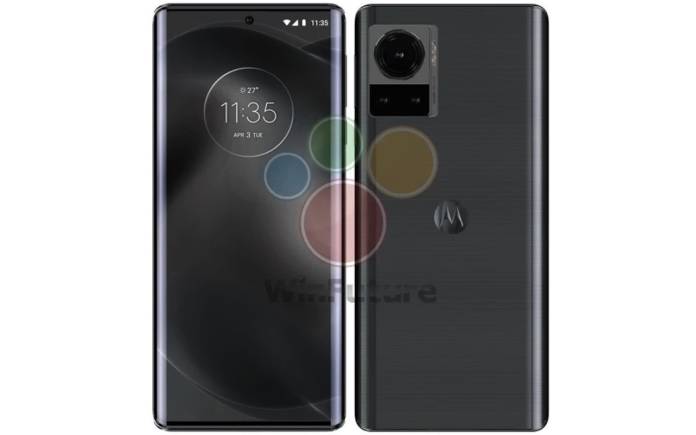 Motorola is one of the more prolific mobile brands today. It’s under Lenovo now so it has become more confident when it comes to releasing new products here and there. Just last week, the Moto Tab G70 LTE 11-inch Android 11 tablet rolled out in India. That was after the company received a patent for an all-screen smartphone. We also saw the leaked Motorola Edge 30 Ultra smart stylus and folio case. We’ve been anticipating for the Moto G Stylus 2022 and we can now add this to the list: the Motorola Frontier 22.

The Motorola Frontier 22 is said to be a new flagship phone offering. As described, it will come with a 144Hz display. It will be powerful with the Snapdragon 8 Gen 1 Plus processor. The camera will make an impression with a 200MP sensor.

The size of the OLED screen will be 6.67-inches with a 20:9 aspect ratio with Full HD+ resolution. It will also include HDR10+ support and DCI-P3 color space for better display.

The Motorola Frontier 22 may be released in July 2022. That means a summer release for the phone with model number SM8475. The chipset could be a newer variant from Qualcomm as with the ‘Plus’ reference. The UFS 3.1 storage can reach up to 256GB while RAM can hit up to 12GB.

When it comes to the imaging department, there will be a triple camera system. It will be headlined by a 200MP camera with optical image stabilization (OIS) and joined by a 50MP ultra-wide camera and a 12MP telephoto lens. The selfie camera will be 60MP and will be placed under a punch-hole cutout.

The device will also boast a 4500mAh battery with 30/50W wireless charging. There will also be an under-screen fingerprint sensor, Dual SIM support, Bluetooth 5.2, WiFi 6E, GPS, NFC, and USB-C. The phone will already run on Android 12 out of the box.