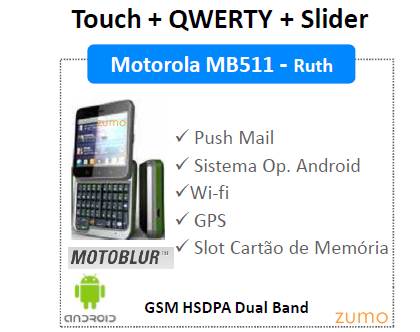 This little square device has shown up again. This time it was leaked to an Italian site with the codename of RUTH. The actual name it will go by when it’s released there is the MB511. It is also scheduled for release in June.