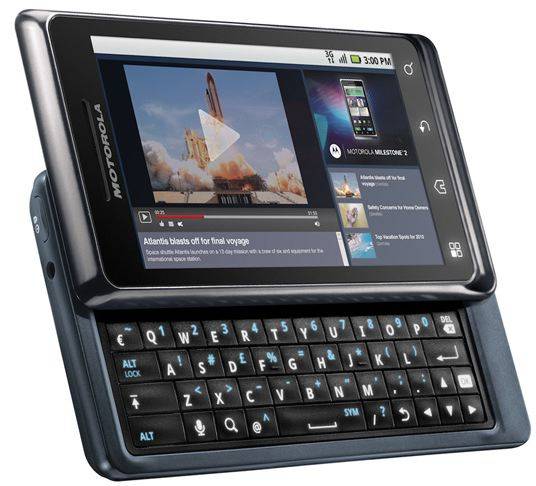 It’s been 347 days since the source code for Android 2.3 Gingerbread became available. And it’ll be just one more before Milestone 2 (the international version of the Motorola DROID 2) owners in Europe get their hands on an official Gingerbread update. Motorola confirmed the upcoming rollout on the company’s Facebook page. The staged update will be sent over the air.

348 days is a long time – practically an eternity in the mobile world. It’s time enough for a third model of the DROID hardware to be developed and released, with Gingerbread not insignificantly baked right in. It’s nearly time four a fourth model to appear, at least in the United States. It’s also time enough for Google to release not one, but two major version updates of Android, the second of which has already been made available in open-source form. Yup, long time. Just for a little perspective, US DROID 2 owners got the update in September, again, well after the DROID 3 was being sold.

Still, I suppose one should count his blessings. After confirming the update on Facebook, the representative was asked when the Motorola DEFY would get its Gingerbread update. It won’t. I don’t wish to name names, but this would be a good time to inform you of the many aftermarket (read: rooted) update options for just about any popular Android device. Users care about their machines, even when manufacturers don’t care about their users. Not that I’m calling anyone out in particular.