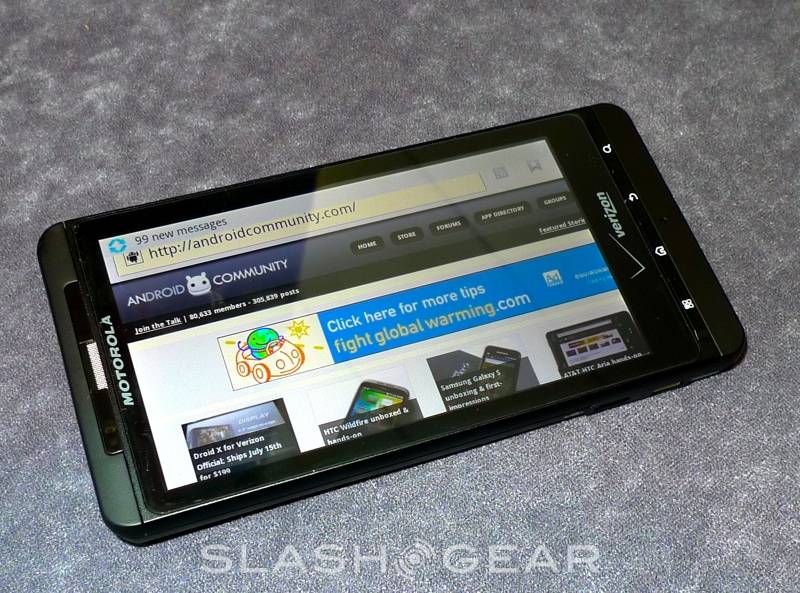 Motorola has denied the eFuse technology used in its Android smartphones will leave customers handsets “bricked” if they attempt to install unofficial ROMs, though the company concedes that the system will indeed be non-functional with anything other than Motorola firmware.  “If a device attempts to boot with unapproved software” Motorola explains, “it will go into recovery mode, and can re-boot once approved software is re-installed.”

“Motorola’s primary focus is the security of our end users and protection of their data, while also meeting carrier, partner and legal requirements. The Droid X and a majority of Android consumer devices on the market today have a secured bootloader. In reference specifically to eFuse, the technology is not loaded with the purpose of preventing a consumer device from functioning, but rather ensuring for the user that the device only runs on updated and tested versions of software. If a device attempts to boot with unapproved software, it will go into recovery mode, and can re-boot once approved software is re-installed. Checking for a valid software configuration is a common practice within the industry to protect the user against potential malicious software threats. Motorola has been a long time advocate of open platforms and provides a number of resources to developers to foster the ecosystem including tools and access to devices via MOTODEV at http://developer.motorola.com.”

It seems the real difference between the rumors earlier in the week and the truth about eFuse – which is found in the DROID X, DROID 2 and other Motorola Android devices – is that users themselves will be able to “restore” their handsets rather than needing to send them off to Motorola to be reflashed.  That’s certainly the implication from the official statement.  However, the end result is the same: if you want an Android device that’s open to the various third-party ROMs available, Motorola probably shouldn’t be your first port of call.