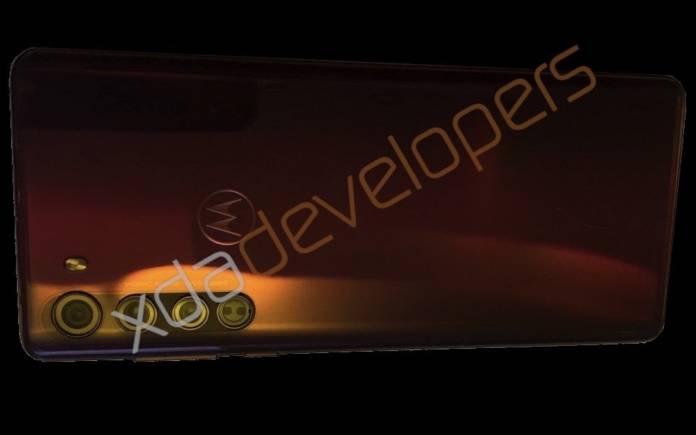 The Motorola Edge (or Motoro Edge+) will be the Lenovo-owned company’s next phone offering. The rendered images were shown off less than a couple of weeks ago. We got excited at the idea the upcoming flagship will have powerful camera features. That is expected in flagship devices–high-performance cameras. Over the weekend, new images of the photo were leaked, showing off the curved waterfall display. The smartphone is said to feature a 64MP main camera, headphone jack, and a Qualcomm Snapdragon 765 mobile processor.

The Motorola Edge is a flagship device. It will be the first phone from Motorola with a curved display. It’s only one of the few phones the company is working on. The latest set of images shows the phone at different angles so we’ll see that waterfall display.

Interestingly, there is still a volume rocker and a physical power button. The 3.5mm headphone jack remains together with a microSD card slot. The camera system will include a 64MP primary camera, 16MP wide-angle shooter, and an 8MP telephone cam. You can see the cameras on a vertical array position at the top left area of the rear panel.

Other features include an optical under-display fingerprint scanner, 90Hz refresh rate, AI, 25MP selfie camera under a punch-hole, speaker on the top bezel and bottom, and a SIM card tray on top. There’s 128GB storage, 6GB of RAM, and a 4500mAh battery. There may be no wireless charging yet. We’re not sure about 5G connectivity but the Snapdragon 765 has a 5G version.