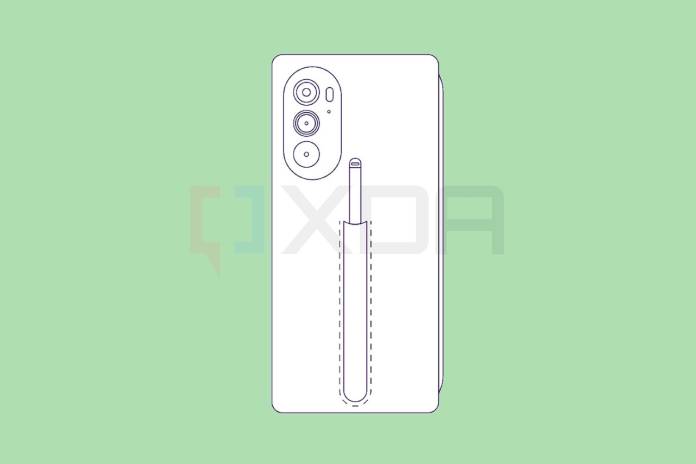 You would think that the Motorola Edge 30 Ultra has been out in the market for some time now. That’s because we know so much about it through all the previous leaks and rumors, although of course, those are all still speculation since there’s no official announcement yet. If you’re interested in the accessories that will come with it, two more have been leaked now – the Motorola Smart Stylus and the Edge 30 Ultra Folio Case. Hopefully, Motorola actually announces the device and its accessories soon.

XDA Developers actually created some sketches of the accessories based on the “evidence” that they’ve seen. The Motorola Smart Stylus can be connected and used on the Edge 30 Ultra through Bluetooth. It supports air gestures as well as wireless charging which are important things for stylus accessories right now. You can use it as an “air mouse” with an external display and the button that is attached to it can be used for media controls. The stylus can also write directly into text boxes.

This is supposedly the “next generation” stylus since it has better features than the one that’s in the Motorola Moto G Stylus. When the stylus is connected to your smartphone, there is a bubble that will show the status and if you tap it, you’ll see the apps that support it and as well if it’s charging or not. It will have more features when paired specifically to the Motorola Edge 30 Ultra but you can also pair it with other supported devices.

Meanwhile, the Motorola Edge 30 Ultra Folio Case will be able to keep your stylus at the back when you’re not using it. And if you remove the stylus, there will be software triggers so your phone knows it’s getting ready to be used. It will also alert the user when it’s been too long since it was out of the case and not being used. You can set a specific app to open when you remove the stylus and also automatically enable Bluetooth. When the stylus is inside the case, it will automatically charge wirelessly.

The case itself also interacts with the Edge 30 Ultra. It has an open strip down the front middle where you can see the always-on display. When you receive a phone call, you can answer or decline it through the case without opening it. Now as to when the stylus and the folio case will be announced is still anyone’s guess. We also don’t know if it will launch alongside the Motorola Edge 30 Ultra but it will make sense if they do.