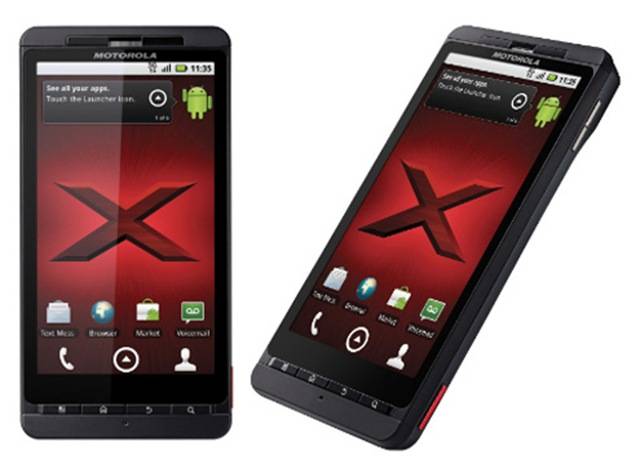 Rumor has it that the Droid X, manufactured by Motorola and currently available on the Verizon network in the United States, is heading to India. But, as anyone might expect, there’s going to be a couple of changes before the device can land in retail shelves in that neck of the woods. Namely, it has everything to do with the name. Unfortunately, folks in India can’t get the Droid X title, as that’s Verizon’s marketing.

But, by now, that should go without saying. So, what will the device be called? Suggestions state that it could be the Milestone X, or even the Motoroi X. At this point, considering it’s still just a rumor, it’s anyone’s guess. As for features, it will retain the 4.3-inch capacitive touchscreen display, the same 8MP camera with dual LED flash on the back, and it’s supposedly coming out of the box with Android 2.2 (thankfully). The 1GHz processor is still there, too. So, if you’re in India, or will be there around the rumored November 25th launch date, you may be in for a nice surprise this holiday season.