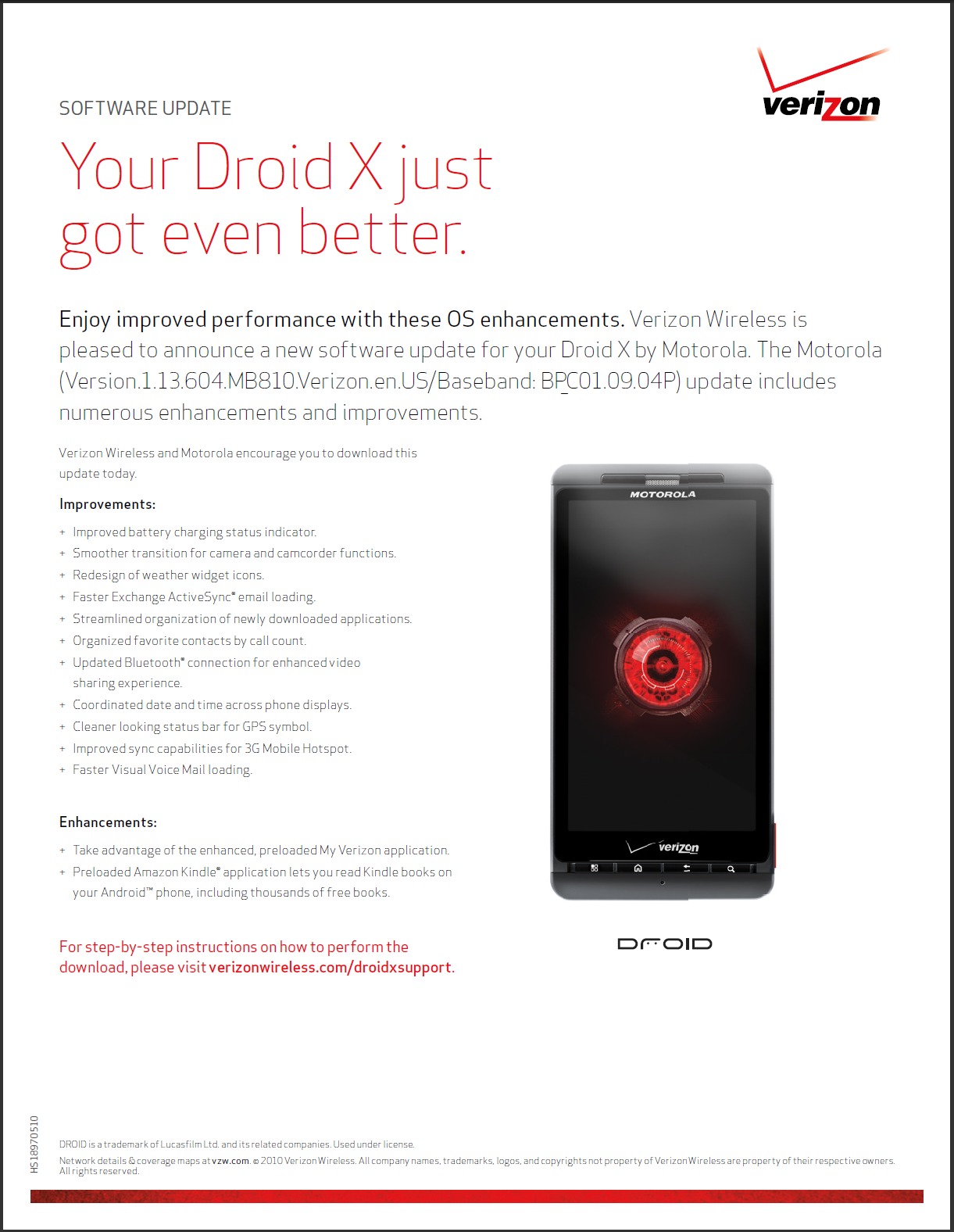 A day before the Droid X went on sale, there were several folks out there reporting that the handset was already getting an OTA software update. As far as we can tell, it certainly hit every “test” device out there already available on the market, and now it looks like Verizon’s all set to launch the same update for the rest of the Droid Xs out there.

As you can see from the image, the PDF talking about what the update brings is already out there, so we at least know the update is coming. It’s real, and what not. No, as much as we’d love to say that it’s Android 2.2 and everything’s right with the world — that’s not the case. The update is version 1.13.604.en, and it’s designed to be just a software update. Not a major upgrade. But, let’s get to the important part. What’s it bringing to the table:

Suggestions are that the update is coming today, July 19th, and that it will obviously be rolled out to all those Droid X handsets over the course of the next few days. However, no official word from Verizon has come forward, so don’t take that as the gospel quite yet. One thing we should point out, is that as usual, Verizon has included a link at the bottom of the image, saying you should go here to get all the information about the update. It tells you to go to the Droid’s website. Well, obviously you don’t want that handset, so go to the Droid X’s instead. (That’s a link, by the way.)