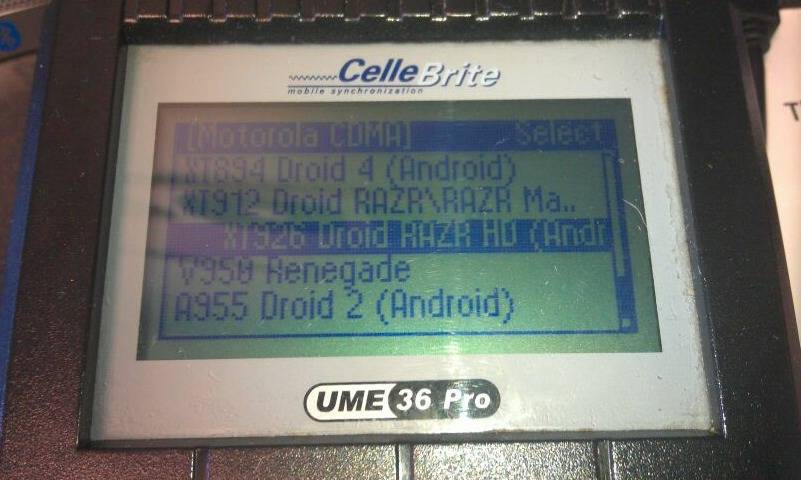 Need some more evidence that a high-powered update to the DROID RAZR is incoming? Then you’re an overly needy Android fan. But we aim to please: the Motorola DROID RAZR HD (previously known as the DROID Fighter) has been spotted in the Cellebrite system, one of Verizon’s methods for keeping track of their retail items for third parties. A forum poster on DroidRzr.com broke the news. That’s a good indication that the DROID RAZR HD will be here in a couple of months at the latest.

The DROID RAZR HD is exactly what it sounds like, a bigger, badder version of the RAZR with (presumably) a full 720p screen. Other rumored specifications include an 8-megapixel camera, Ice Cream Sandwich, and a 3300mAh battery that matches the DROID RAZR MAXX. With Moto releasing multiple models of the RAZR in China, it’s only a matter of time before a new one pops up here.

The phone in the Cellebrite system is labelled “XT926”, which compares will with the “XT912” designation of both the DROID RAZR and DROID RAZR MAXX. Motorola’s due for a new flagship phone on Verizon as well – the RAZR debuted almost eight months ago, with only the DROID 4 and the MAXX since then. We can hope – oh, we can hope – that Motorola’s new bosses at Google insist that the next RAZR to grace Verizon’s airwaves has an unlockable bootloader, but there’s nothing that indicates this will happen.