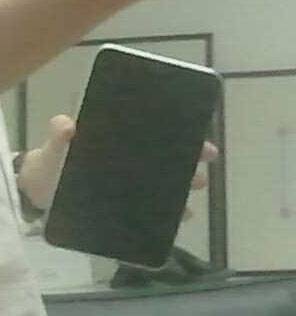 Apparenty, this year’s the year of roadmaps finding their way into the hands of “the wrong people.” This time around, it’s a roadmap from Verizon, outlining their position with their 4G roll-out, and, most importantly, how Android plays into the whole thing. While there’s plenty of devices named in the list, one of the more interesting ones would have to be the one listed in the title. The Motorola Droid Pro definitely sounds like a winner.

So, what is it? Well, it will obviously have the Droid branding that has made Motorola (and Verizon) oodles and oodles of money. But, what it also features, is a 4-inch capacitive touchscreen, a 1.3GHz processor, and it will be one of Verizon’s many global smartphones set to release this year. Obviously, that 1.3GHz part is very, very interesting. Consider us plenty excited for the end of the year, when this thing’s supposed to launch.

There’s another Motorola device, which is billed to look like their old-school Motorola Q device, but it’s supposed to also have a touchscreen, Android 2.2, and it will also be a global device. Oh, and Motorola’s got a tablet in the works, too. One that has a 10-inch display, and it’s supposed to launch with Android 3.0. But, it won’t be showing up until February of next year, but with a 1.3GHz processor under the hood as well, we will be willing to wait.

Samsung also has a 7-inch tablet in the works for Verizon, which means that the Samsung Galaxy Tab is heading to the largest wireless carrier in the United States. Obviously, the roadmap doesn’t confirm that, and Verizon’s being tight-lipped as usual, but considering it’s a 7-inch tablet, and Samsung’s Tab tablet is a 7-inch Android-boasting tablet, we can connect the dots with the best of them.

Those rumors of the iPhone 4 coming to Verizon just don’t matter anymore. Sure, it will bring plenty of new customers to Verizon, but let’s face it — Big Red is still focusing on Android, and making a hard push for its success. And that’s fantastic news.