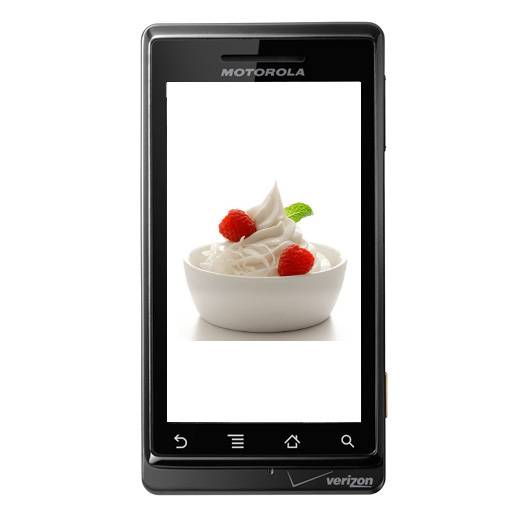 We’ll put this out there first: The Motorola Droid X launches on the Verizon network on July 15th. With that being said, a new rumor has popped up that suggests Motorola is all set to release the official Android 2.2 for the original Droid on July 13th. The reason we wanted to point out that the Droid X is coming out two days after the supposed release of Froyo, is because that can either work in favor of the rumor, or against it.

As we all know, the Android 2.1 update for the original Droid didn’t go over too well. But, even when it did launch, the Over the Air launch rolled out as they normally do: gradually. There’s enough Droid users out there that getting Froyo to all of them through an OTA in two days just won’t happen — but it’s a good thought. Giving them a huge OS upgrade during the launch of the next best Droid device is a pretty good idea.

To further the rumor, we know that July has already been mentioned in tandem with the update to the Droid. So, while we may have been thinking the end of July would have been a bit more timely, we can always hope that Motorola’s planning a little ahead of some unknown schedule (unknown to us, of course). Anyone else want to put their two cents in?