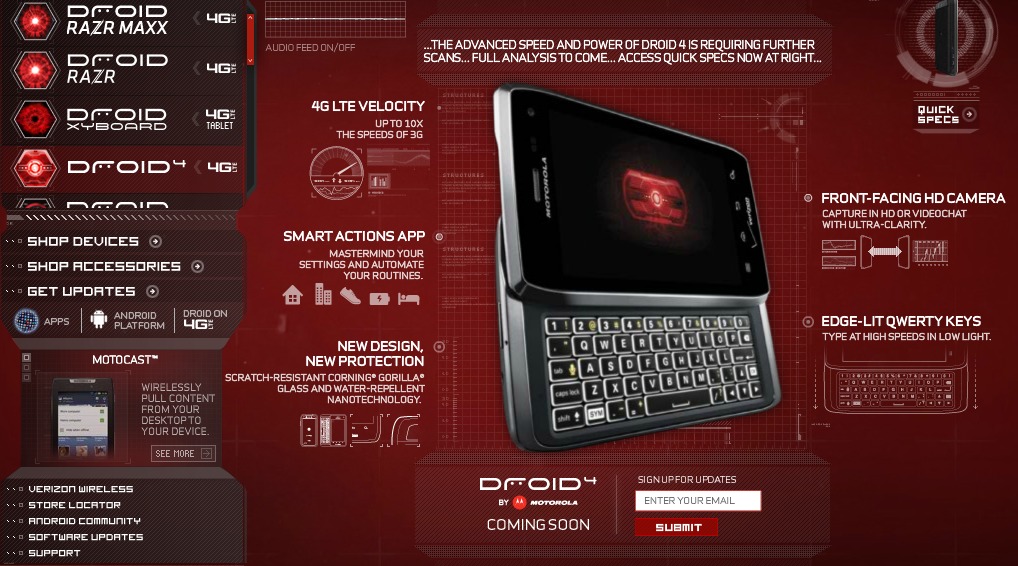 The new Motorola DROID 4 is coming, and coming soon. At least according to a few leaks and now the official Verizon DroidDoes.com website. We originally spotted it on Droid Does back in December, and according to multiple sources it was going to be released before Christmas. That never happened and all the dates we’ve seen have came and went without a release.

We received some hands-on time at CES 2012 of the new QWERTY smartphone (links below) and it should finally be available soon. Latest leaks from multiple sources have it slated for the first week of February but without any sort of official announcement from Verizon or Motorola who really knows. The latest leaked roadmap from Verizon now shows February 9th, so we could be getting some official news anytime now, but are still waiting.

The new details on Droid Does sure makes us believe that it will be here within the next two weeks, as most devices show up there right before they kick off a scavenger hunt or some sort of promotion for DROID. That previous rumor for Feb 2nd is looking pretty slim right about now. Either way this 1.2 GHz dual-core smartphone packing a 4″ qHD display, 4G LTE, and a built-in QWERTY slide out keyboard is finally coming soon. Stay tuned for more details and hopefully we don’t see a DROID 4 MAXX in a month.